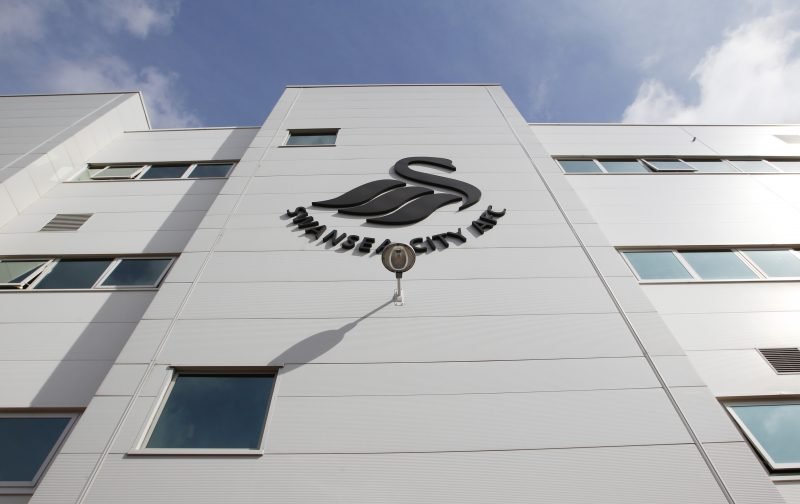 Having already showcased the talents on the books of some of England’s greatest clubs, such as Manchester United and Chelsea. Today, we turn our attention to South Wales. It’s time to explore Swansea City’s academy.

So, what were your childhood dreams? To go to space? To be a teacher? To be an astronaut? For Brandon Cooper, there was only one career he ever aspired to succeed in.

To play for your boyhood footballing club, is every kid’s dream. After years of hard work and dedication, perhaps, in years to come, Cooper could fulfil such an ambition.

For the Wales Under-17’s international, it would mean more than most to wear the illustrious white jersey. From Villa Park to St James’ Park, Cooper has travelled motorway after motorway to watch his boyhood club. In years to come, could he be travelling the British motorway’s playing for the Welsh side? Cooper can Shoot for the Stars.

Cooper was born in Bridgend, a small town, 20 miles east of the City of Swansea. Despite it being a shorter distance to the capital of Wales (and Cardiff City), as a youth, there was only one team that the young defender supported – Swansea City – something that has been installed into him from a young age, by his passionate grandfather, who has a strong association with the club.

His appetite for football originated from The Swans. So, at six-years-old, he was most certainly going to accept a move to their academy. The dream of representing his boyhood club was one step closer.

Delighted to have signed my first professional contract with @SwansOfficial the hard work begins now and I look forward to the future pic.twitter.com/tqopfO7Vd0

There was one slight problem, however. At the time, the 10-time Welsh Cup winners were not in the privileged position they are now. Under manager Kenny Jackett, they had flirted with a return to the second-tier of English football for the first time since 1984, but had yet to succeed.

That would not put Cooper off, however, and he made the transition from playing local Sunday league football to featuring for The Swans at youth level.

And, as the South Wales side progressed, so did Cooper. Promotion to the Championship came in April 2008. Meanwhile, lower down the age groups at the Liberty Stadium, Cooper was impressing also.

Now, as a defender there are some attributes which you must have if you want to reach the pinnacle of the professional game; some of which you cannot control, height most certainly being one of them. By his early teenager years, Cooper had elevated to the correct height. By the age of 12, he was 5ft 8in.

There was still a lot of work to do, though. He would train at the club’s academy four times every week and play every Sunday. Day-by-day, week-by-week, he would make progress.

But there is always time for a bit of fun also. Cooper’s entertainment would come travelling across the UK, watching, arguably, one of the finest period’s in his beloved club’s history.

One away trip stands out in particular, when, on Boxing Day 2012, just a day after he unravelled The Swans away strip for that respective season, he caught Chico Flores’ shirt in an away trip at the Madejski Stadium. In years to come, could he be doing that for fellow Swansea supporters?

He wouldn’t let this get in the way of his own football, however. After League Cup triumph in 2013, Cooper was unable to make the trip to any European destinations. Why? Because it would mean that he would miss valuable training time. This was a kid who had his head screwed on.

But appreciation came not just come from the Premier League club. It also came at national level also. He has represented Wales on various occasions over recent years also.

His proudest moment wearing the famous Welsh dragon came in November of 2015, when he was part of the side that won the prestigious Victory Shield. After not being crowned champions since 1949, the Welsh had retained the title. It will be a moment Cooper will never forget.

When he went full-time with the club in the summer, you may have expected him to be a rotational option for the Club’s Under-18’s. You would be wrong. Cooper has started 11 games for Chris Llewellyn’s side this season, and signed a professional deal in January which will keep him at the club until June of 2018.

Not bad for just a kid from Bridgend!