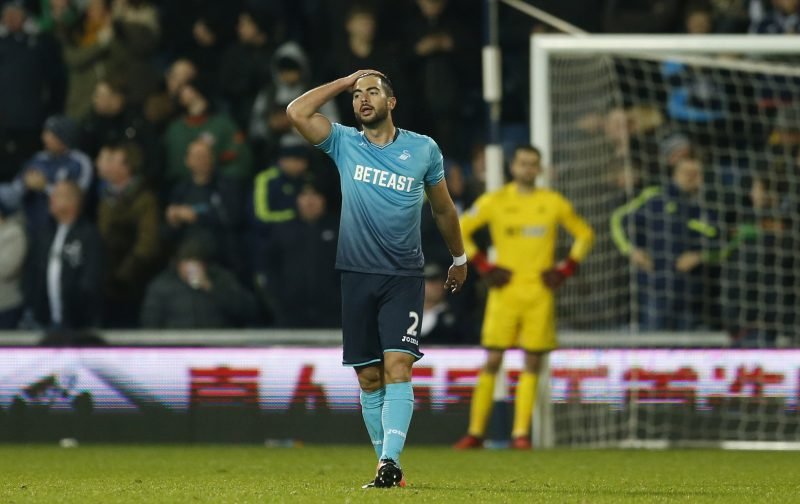 Having already beaten Southampton 2-1 on Deadline Day, Swansea City made Claude Puel’s day worse after they snubbed a late loan move for defender Jordi Amat, according to reporter Pete O’Rourke.

The south coast side, without defender and captain Jose Fonte who moved to West Ham earlier this month, were keen to get a defender in before the window closed, made a late enquiry about the availability of the Spaniard.

Having been linked with a move for both Mamadou Sakho, who has joined Crystal Palace, and Stefan Tasci, the Saints have missed out on both.

Japan international Maya Yoshida has now stepped into the shoes of the departed Jose Fonte, whilst youngster Jack Stephens has also made a good impression when deputising for the injured Virgil van Dijk.

Former Espanyol man, Amat, has fallen out of favour under new manager Paul Clement and was on the bench to watch the Swans get their first home win in four against the southerners on Tuesday night.