The 3 key battles as Arsenal host West Ham this evening 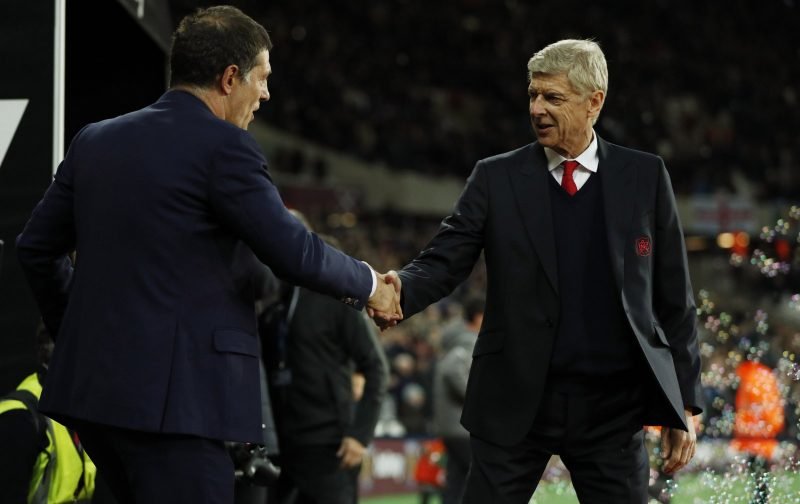 The Gunners twice came from behind to pick up a spirited 2-2 draw at home to Manchester City on Sunday, and although they showed great heart to come back, it didn’t do their Champions League qualification hopes much good at all.

Wenger’s men are now seven points adrift of Pep Guardiola’s side in fourth after extending their winless run to three games, meaning that they have won just one of their last six league matches.

Nonetheless, they’ll be confident of getting back to winning ways against a free-falling West Ham, who sustained a fourth successive loss on Saturday by going down 2-1 at Hull.

Slaven Bilic’s side are now 15th in the Premier League table and just six points clear of the bottom three after winning just one of their last eight games, and they need to pick up some points fast before relegation becomes a very genuine possibility.

So, with the build-up well underway ahead of this evening’s encounter, we at Shoot! have analysed the THREE key battles that could decide the outcome at the Emirates tonight…