The 3 key battles as Chelsea host Manchester City this evening 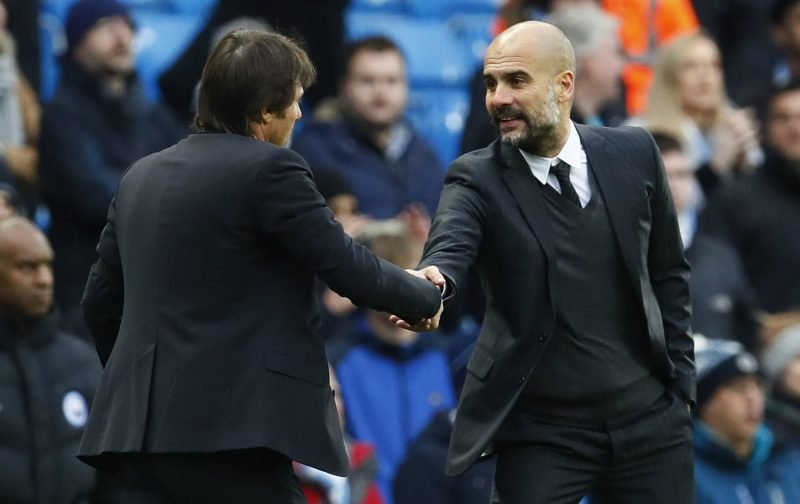 Antonio Conte’s men suffered a surprise 2-1 home defeat to Crystal Palace on Saturday to see their lead at the top cut to seven points, given that second place Tottenham won 2-0 at Burnley on the same day.

That loss, their first in the league since January, will have given Spurs belief that they can reel the Blues in, but the West London side could once again close the door by beating Pep Guardiola’s City tonight.

The Citizens drew 2-2 at Arsenal on Sunday to slip to fourth in the Premier League table, but with a four-point lead over neighbours Manchester United in fifth, they still have a healthy gap despite drawing their last three league games.

Nonetheless, with just one league defeat in 2017, Guardiola’s men will be confident of getting a result at Stamford Bridge this evening in what should be a fascinating encounter.

So, with the build-up well underway ahead of tonight’s clash, we at Shoot! have analysed the THREE key battles which could determine the outcome in West London this evening…