The 3 key battles as Manchester United host Everton this evening 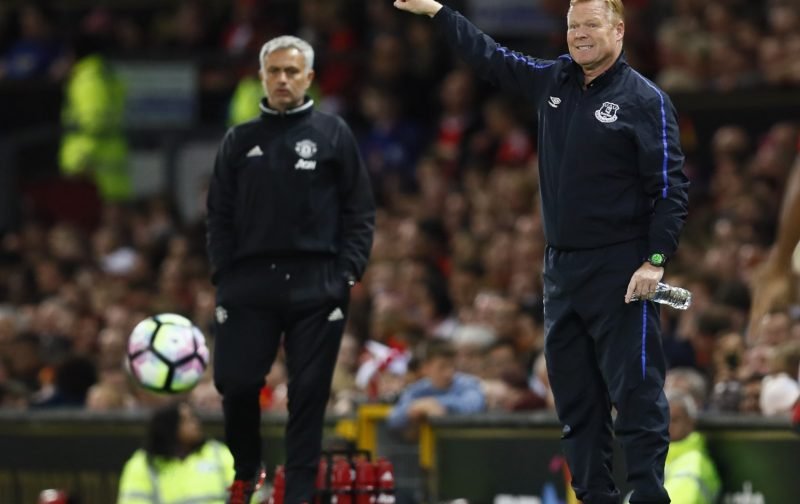 Manchester United host Everton in the Premier League this evening (8pm kick-off) with both sides looking to bounce back after frustrating results last time out.

Jose Mourinho’s Red Devils could only muster a 0-0 draw at home to West Brom on Saturday to put another dent in their top four chances, with their eighth home draw of the campaign, and 11th overall, leaving them five points adrift of neighbours Manchester City in fourth.

However, United will hope to put some pressure on Pep Guardiola’s side, who play tomorrow away at league leaders Chelsea, with victory over Ronald Koeman’s Everton tonight.

The Toffees were comfortably beaten 3-1 by rivals Liverpool in the Merseyside derby on Saturday to all but end their top four hopes, but with just one defeat in the 12 league matches prior to their loss at Anfield, Koeman’s men will hope that it was nothing more than a blip on a fine run of form.

Everton are a point behind Arsenal and three adrift of United ahead of this evening’s clash, so there is plenty to play for for both teams at Old Trafford.

So, with the build-up well underway to this evening’s vital encounter, we’ve analysed the THREE key battles that could determine the outcome at Old Trafford tonight…