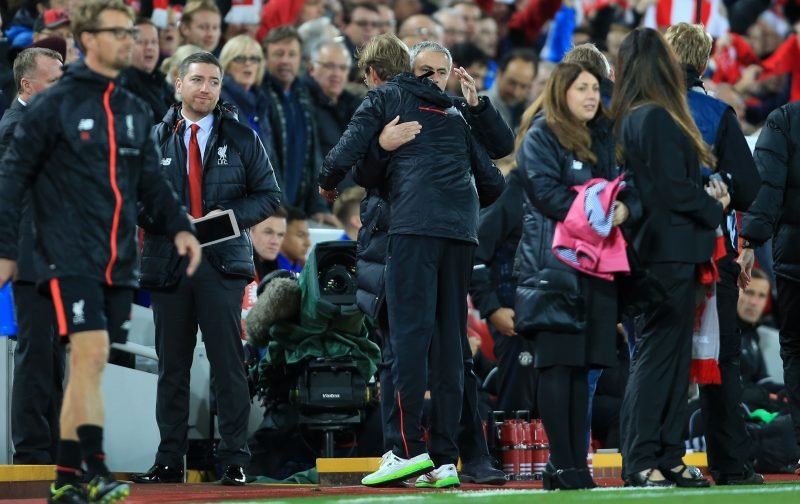 In-form Manchester United host Liverpool in the Premier League on Sunday (4pm kick-off) as both sides return to the league after varying success in the cup competitions.

Jose Mourinho’s United thumped Reading 4-0 in the FA Cup last weekend, and then took a big step towards the League Cup final by beating Hull 2-0 in their semi-final first leg at Old Trafford on Tuesday.

Contrastingly, Jurgen Klopp’s Liverpool have had a tricky week, as they were first unable to see of Plymouth Argyle in the FA Cup last weekend, drawing 0-0 with the Pilgrims, and then they produced a flat performance and were deservedly beaten 1-0 by Southampton in their League Cup semi-final in midweek.

Clearly, both sides are coming into this one in vastly different form, with the Red Devils having won their last nine games on the trot, six of which have been in the league, while Klopp’s Reds have yet to win in 2017, although they did end 2016 with four straight victories.

Nonetheless, it is set up to be a fascinating encounter on Sunday, and here are the THREE key battles which could decide the outcome at Old Trafford…