The 3 key battles as Stoke City host Liverpool this afternoon 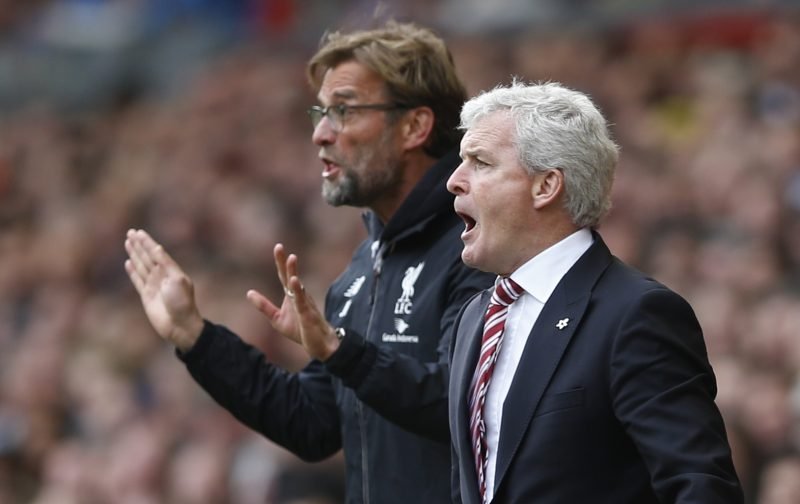 The Reds could only manage a 2-2 draw at home to Bournemouth on Wednesday, and although it did extend their unbeaten league run to five matches, it saw Arsene Wenger’s Arsenal gain ground after they beat West Ham 3-0 at the Emirates.

It means that Klopp’s men are just six points clear of the Gunners, and with the North London outfit having two games in hand, it’s imperative that Liverpool continue to put points on the board.

And they’ll feel confident of getting three more away at Stoke this afternoon, who suffered a third straight league defeat on Tuesday after going down 1-0 at Burnley.

Mark Hughes’ men are just eight points clear of the bottom three with seven games remaining, so they really need to start picking up points soon or else they could be in a relegation dog-fight in the coming weeks.

Clearly, it should be a fascinating encounter between two sides in need of the three points, so we’ve analysed the THREE key battles that could determine the outcome this afternoon…