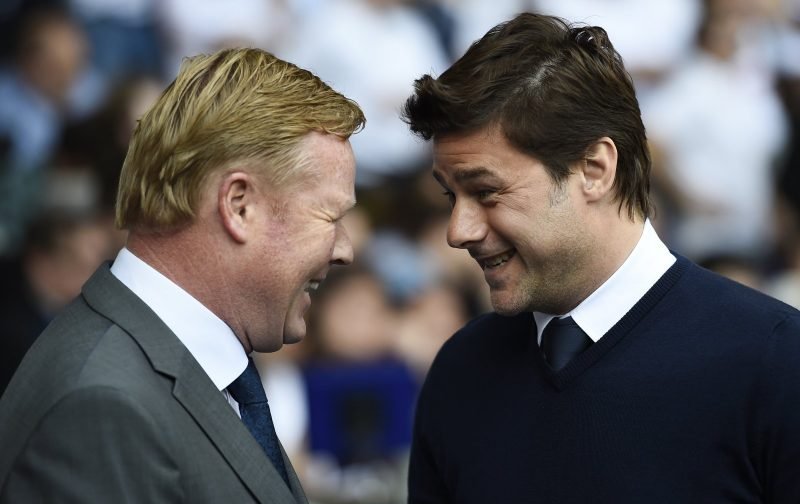 Mauricio Pochettino’s Tottenham host in-form Everton on Sunday (1.30pm kick-off) with both sides looking to maintain their decent runs in the Premier League.

Spurs thumped Stoke City 4-0 in their last league outing to get back to winning ways following a 2-0 loss at Liverpool a week before, which now means that they have won seven of their last ten league matches.

Pochettino’s men have yet to lose a league game at White Hart Lane this term, winning 11 and drawing the other two, but they’ll have their work cut out against Ronald Koeman’s Everton, whose recent run of form has given them a genuine chance of finishing in the top four.

The Toffees have won six of their last nine league matches, drawing the other three, to move to within six points of Arsenal in fourth, and this is exactly the sort of game they need to win to gatecrash the Premier League’s top sides.

Koeman’s side comfortably beat Sunderland last week to consolidate seventh in the table, and given that they haven’t lost any of their last five away league games, they will be confident of getting a result at White Hart Lane on Sunday.

With the build-up well underway ahead of Sunday’s clash, we’ve analysed the THREE key battles which could go some way to deciding the outcome at White Hart Lane…