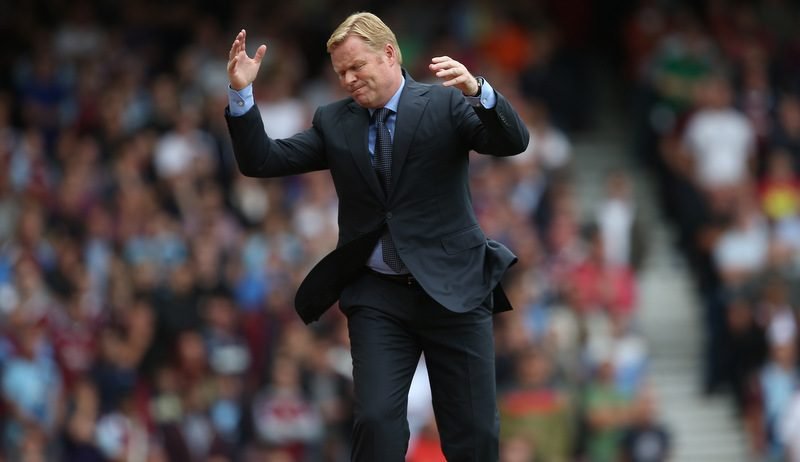 Everton extended their unbeaten run in the Premier League to six games by drawing 1-1 at Stoke City on Wednesday night.

The Toffees last tasted defeat in the league on December 19, when Sadio Mane scored a last-minute winner for Liverpool at Goodison Park, yet they looked on course to suffer a seventh loss of the campaign when Peter Crouch gave Mark Hughes’ side the lead at the bet365 Stadium.

However, Ronald Koeman’s side hit back through a Ryan Shawcross own goal and, although both sides had chances to win it, they both had to settle for a share of the spoils.

It means that Everton go into Saturday’s home clash with Bournemouth seventh in the Premier League, and five points behind Manchester United in sixth.

Despite their recent good form, Koeman’s men struggled for much of the first half of the campaign, which forced the Dutchman to dive into the January transfer window early to secure the signings of Morgan Schneiderlin and Ademola Lookman.

And, although they were linked with other players, they were the only incomings, and here is what their FRONT FOUR could have looked like if they got one deal over the line last month…