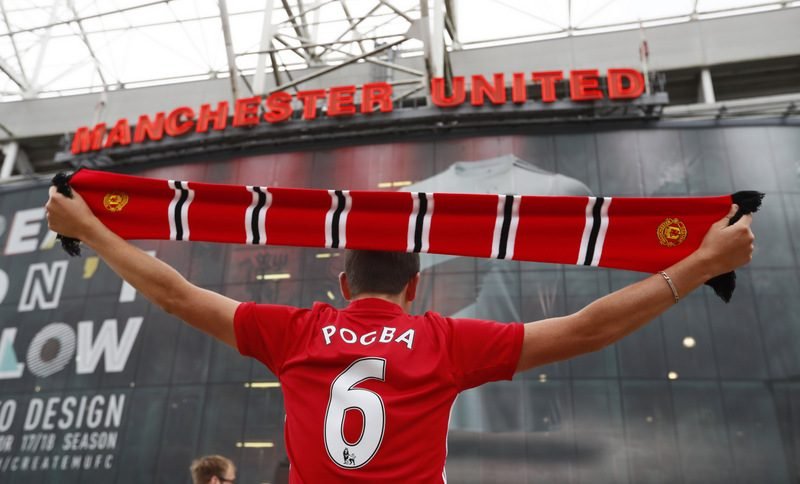 It’s fair to say that football fans are often insatiable creatures, and as a part of that we don’t just love watching and reading about the ‘beautiful game’, but we also love studying its history.

With a quick look at the record books, we can see which teams in recent times have been the most dominant in European competition and across the major leagues within UEFA.

However, with a bit more digging, it’s then possible to discover some interesting statistics behind the headlines.

Well, the folks over at vouchercloud have done some research and found the answers.

Take a look at the comprehensive league table below to see the breakdown of results.

Unsurprisingly, NIKE and adidas feature prominently, but how and in what competitions?

You’ll also find that Puma and Umbro have an uncanny knack of backing the underdog, so if your team has a kit supplied by either of them, take heart because a league title might be in the offing! 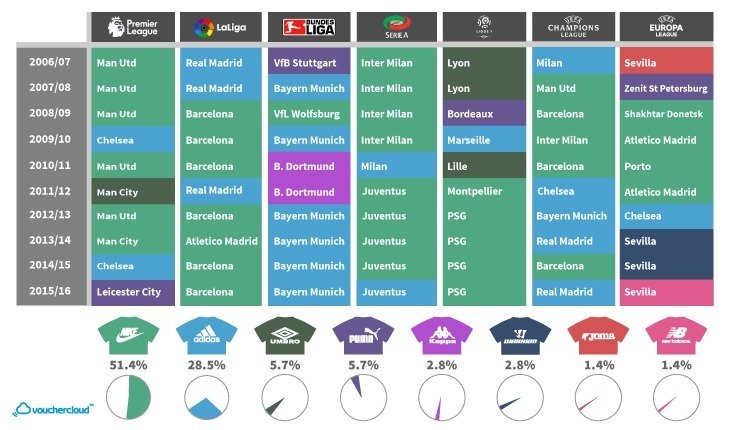