The Manchester clubs – the La Masia vs Galactico approach 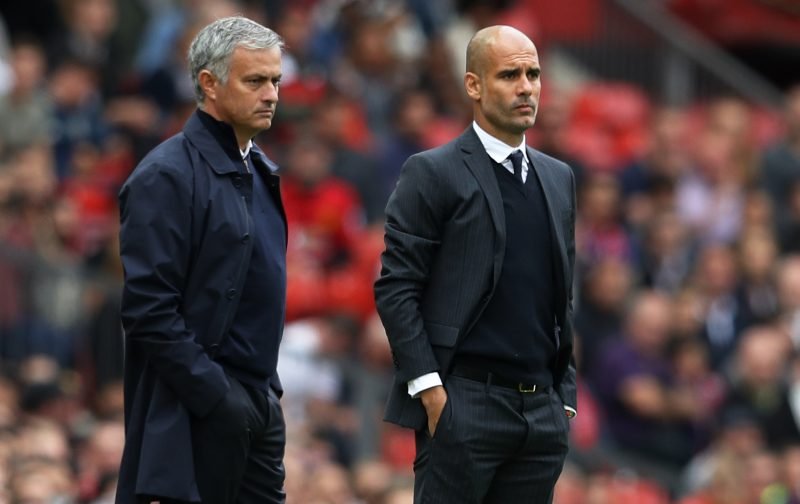 The prompt rise of Manchester City and the decades of dominance by Manchester United have made their city England’s capital of football over the past few years.

It’s fair to say, both clubs have thrown money at some of the best players to strive for glory, but both have almost identical philosophies to Spain’s main two, Real Madrid and Barcelona.

Since the Abu Dhabi takeover in 2008, Manchester City have become a force in Europe for the foreseeable. Their first taste of success for 34 years came in 2011, winning the FA Cup and, since then, the Sky Blues have gone on to win two Premier League titles, two League Cup’s, with a Community Shield and a Champions League semi-final thrown in.

But now, with ex-Barcelona directors Txiki Begiristain and Ferran Soriano, the Citizens hired ex-Barcelona gaffer Pep Guardiola in an attempt boost them to that ‘next level’.

With Sir Alex Ferguson retiring after 26 years at the helm of Manchester United, the Red Devils have struggled to continue as the force they once were. They’ve won an FA Cup and twice failed to qualify for the Champions League since the departure of the great man.

The club were lacking that ‘fear factor’ and now with former Real Madrid boss Jose Mourinho, the hierarchy are looking for that instant success of yesteryear.

The former La Liga adversaries are now bosses of two of England’s biggest and best clubs, and it was supposed to be all about them, but it isn’t, courtesy of Chelsea sitting at the top.

Although both have question marks above them as they sit outside the top four at present, you can see carbon copy approaches in Barca and Madrid’s philosophies from when both managers faced each other at the top in Spain.

Like Barcelona, Man City now have an academy like no other in English football. The Sky Blues, with the backing of the Catalan board, are following the footsteps of La Masia, the fabled Barcelona academy, which has produced some of the finest footballers ever to lace boots in Lionel Messi, Xavi Hernandez, Iniesta, Cesc Fabregas, Gerard Pique and Carlos Puyol. They won the Champions League in 2009 and a treble in 2011 under Guardiola with eight home grown players and that team are still to this day voted as the greatest of all time. 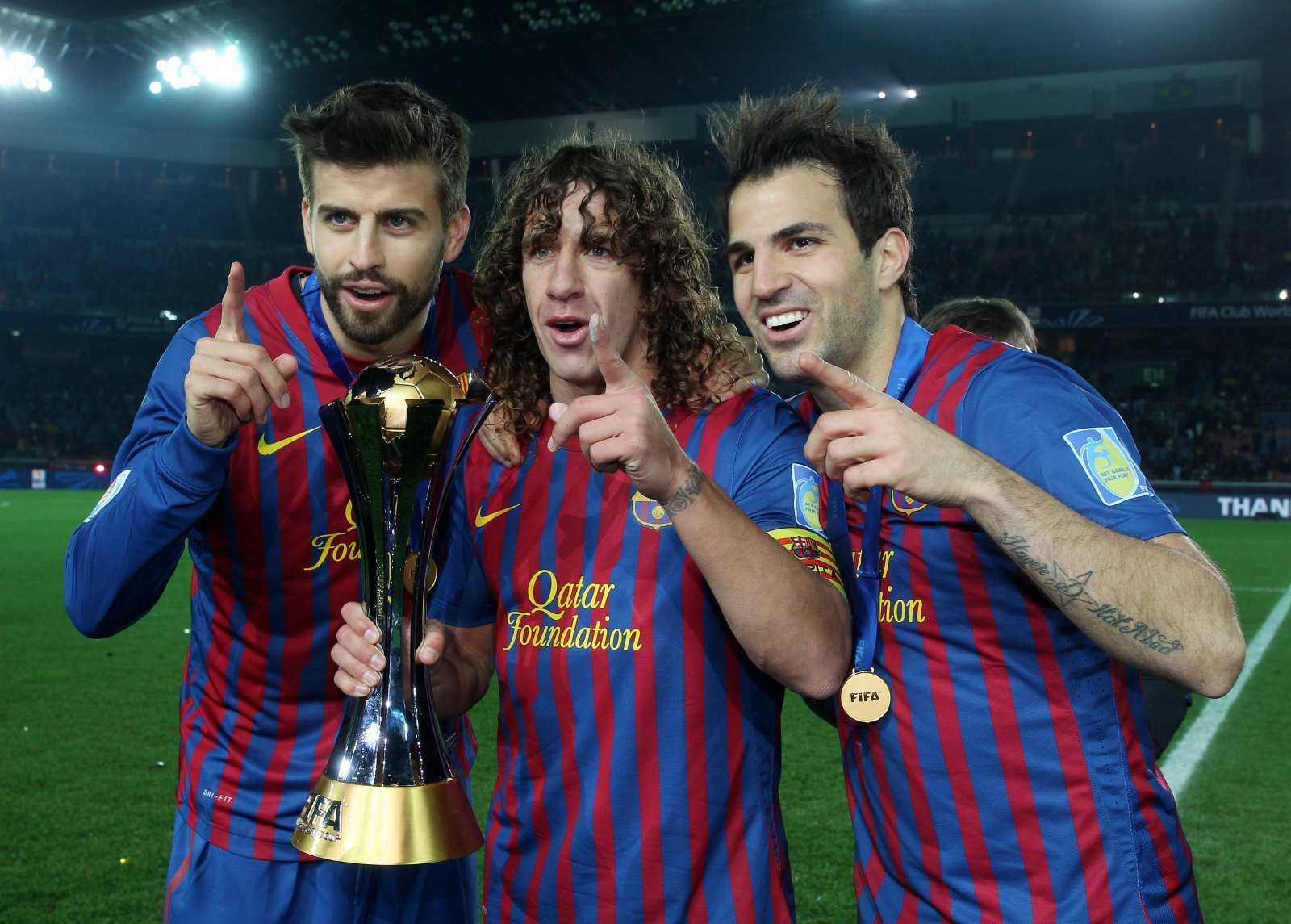 Manchester City, meanwhile, have established themselves – especially from 2008-10 – with big money signings like Robinho, Emanuel Adebayor, Carlos Tevez and Gareth Barry. Since then, the big money signings are of less focus for the club. Although smashing club record fee’s on players such as Kevin De Bruyne, Raheem Sterling and John Stones, they’ve taken a more considered approach with splashing the cash.

The club invested £200m in a state-of-the-art football academy across the way from The Etihad. Similar to La Masia, it holds 19 pitches, a 7,000 seater stadium, world class training facilities, player accommodation and not to mention the teams, winning a record amount of titles across all age groups. There’s no doubt the future is bright.

The board aim to have six players in the first team in the next few years that have graduated through the City ranks and with Pep Guardiola’s track record in buying and developing youth, we could see the likes of Leroy Sane, Marlos Moreno, Patrick Roberts and new arrival Gabriel Jesus thriving in years to come, along with City’s local lads eventually getting the call of duty.

What the fans and club will have to accept, is the filtering out of the Mancini/Pellegrini old guard squad, in Yaya Toure, Pablo Zabaleta, Gael Clichy, Bacary Sagna who have yes, brought silverware to the club, but now are all over 30 years old. We’ve seen glimpses of Aleix Garcia, Kelechi Iheanacho, Pablo Maffeo, Angelino, Tosin Adarabioyo and Brahim Diaz. There is without doubt a La Masia influence injected into the club badge now.

Real Madrid are a club known for world record signings. In fact, they have five of them. Since the departure of the great Scotsman from Old Trafford, Manchester United have had their own world record fee and looked as though they’ve had a blank cheque book in similar fashion to Los Blancos of Spain. 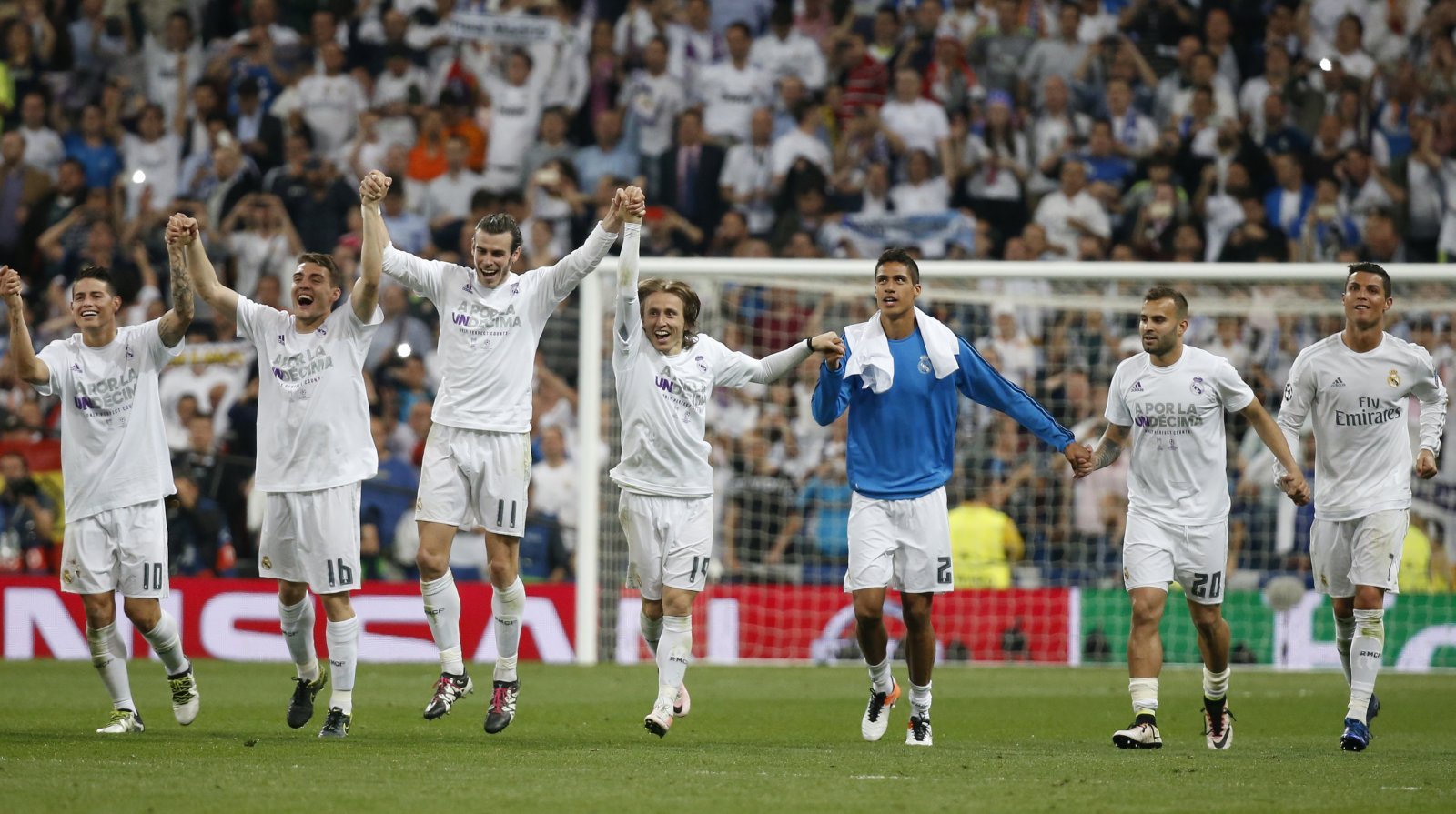 The director of football Ed Woodward was rumoured to have said that he wanted a marquee signing (or a Galactico) for every position and based on the signings since 2013, it seems to be quite evident.

The red side of Manchester had a spell with David Moyes in which there was a stage of panic. Woodward sacked the former Everton boss after just seven months at the reigns and ended up finishing in seventh place.

Louis Van Gaal took charge and after that seem to have come a barrage of big name signings for big money. Players like Angel Di Maria for a British transfer record of £59.7m as well as Radamel Falcao coming in on £300,000 a week, Ander Herrera and Anthony Martial for around the £40m mark. But in fairness, the Dutchman introduced the likes of Marcus Rashford and Timothy Fosu-Mensah from that successful U21 side.

Now with Jose Mourinho in charge, it comes with a past of managing superstar names, creating a sense of fear into the opponent. It’s contrasting to Guardiola’s playing from the back and passing the opposition to death. It seems Woodward is giving Jose freedom.

They smashed the world record fee for a player in former academy graduate Paul Pogba for £89m, they signed Zlatan Ibrahimović on a free, Henrikh Mkhitaryan and Eric Bailly. Household well-known names in world football. It puts fans on the edge of their seats, the club are attracting these players because of the name and the history it has and even now, are still linked with elite names like Antonine Griezmann.

It’s very Real Madrid like with the three highest earners in the Premier League all wearing the red shirt, the big names, the big egos, the big manager.

With City, it’s very Barcelona-esque with the big name manager, the style of football, the directors, the academy, as well as the big names coming in but at a younger age. It would be a complete Barcelona remake if those talented academy talents came through now and were instantly ready to take Toure’s place or Sagna’s, Aleks Kolarov’s, David Silva’s and win titles in the future.

There’s a risk to both which we have seen this season. United sit in sixth place, mainly from their drop in form earlier in the season, perhaps the players not playing as a team but as a bunch of individuals, relying on a moment of brilliance from a superstar to win a game.

City on the other hand sit in fifth, two points ahead of their rivals, and it looks as though some of the players find it hard to adapt to the style that Pep wants. They were on fire at the start, winning 10/10, but since then, they’ve looked tired, they’re making sloppy errors from playing out from the back, the goalkeeper can’t make a save and seeming to play too much football but forgetting to actually shoot.

So, rather poor standings in the table you say? Well both philosophies have got them somewhere. The Sky Blues are in the last 16 of the Champions League with the Reds heading towards a League Cup final. It will certainly be something to follow with great interest, not just until the end of the season, but for the coming years.