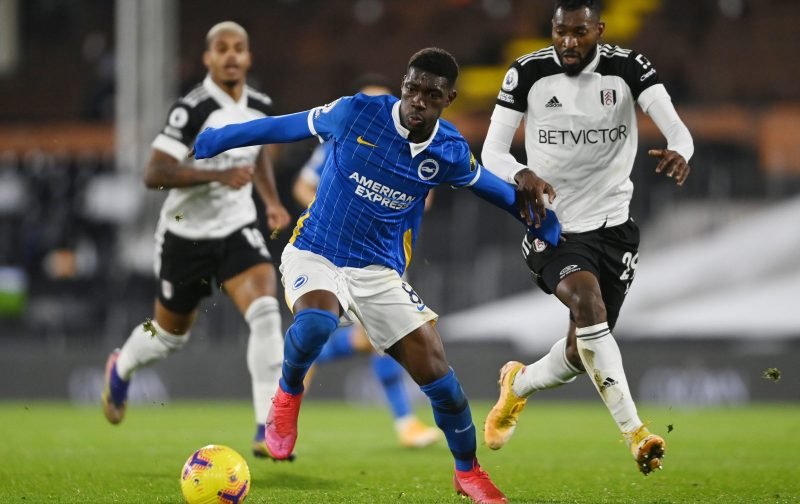 Arsenal and Liverpool are experiencing very different seasons so far.

After winning the FA Cup and Community Shield, the Gunners had high hopes heading into the campaign.

However, the North London side are experiencing their worst league season in decades, sitting 15th on just 14 points after 14 matches.

At the other end, champions Liverpool are doing a good job at trying to defend their title as they sit top, four points clear of second placed Leicester City.

If reports are to be believed though, it seems that Mikel Arteta and Jurgen Klopp could be in the transfer market for the same player next month.

Recent reports – as stated by talkSPORT – claim that both clubs are interested in Brighton & Hove Albion midfielder, Yves Bissouma. 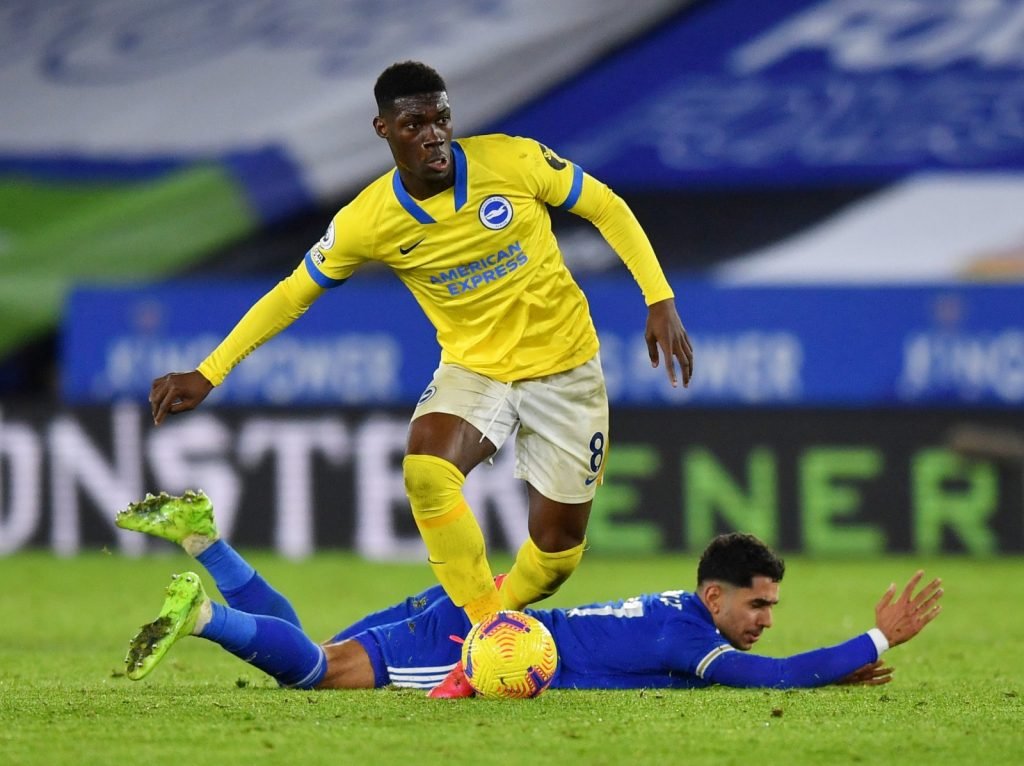 Bissouma has played 13 of Brighton’s 14 Premier League games this season.

Despite the Seagulls struggling in 17th position, the Mali international has been one of the Seagulls’ standout performers.

However, Albion boss Graham Potter told The Argus that the club have had no approaches for the 24-year-old.

“There have been no approaches. As I’ve said before, just because it’s in the newspaper, doesn’t necessarily mean it’s true,” said Potter.

“My focus on Yves is how I can help him improve and I think he’s still got some improvement to do.

“That’s my focus with him, to try and help him reach his full potential. He’s got some work to do yet, so that’s what we are focusing on.”

With Bissouma’s contract not expiring until 2023, there’s no real reason for Brighton fans to panic. They will just hope he can keep putting in the performances which will see them move up the table and clear of the relegation zone they sit just two points above.