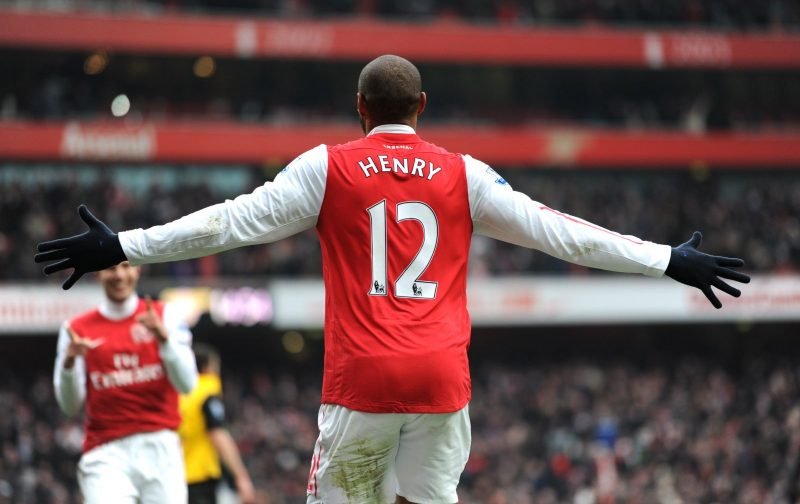 Arsenal legend Thierry Henry has not ruled out succeeding Arsene Wenger as Gunners boss, reports Canal + (via The Mirror).

Wenger’s future as manager has been under scrutiny for several years after persistent failed Premier League title challenges as well as seven successive last 16 exits in the Champions League, but this term that pressure has increased ten-fold.

That’s because the Gunners again limped out of Europe and now find themselves sixth in the league table, six points adrift of Liverpool in fourth, and facing the very real prospect of missing out on Champions League football next term.

And although 39-year-old Henry, currently Belgium’s assistant manager, insists that he is still adapting to the coaching role, he didn’t rule out becoming Wenger’s successor.

He told Canal +: ‘It doesn’t depend on me, there are things to be respected, it’s the club of my heart but I do not have any right wings.

‘My name is quoted to succeed Wenger, I hear that. But it’s hard for me to talk about it. I have a lot of respect for everything the coach has done.

“Am I ready? I don’t know and nobody knows, but I also need to learn my job.’

Although the Frenchman, who scored 226 goals in 369 games for the Gunners between 1999 and 2007, and then a further two in seven when he returned to the club in 2011, didn’t explicitly rule himself out of the running, it’s clear that he feels that more time is needed as a coach before he could take such a job.

Henry became Roberto Martinez’s assistant at Belgium in August last year, which is so far his only coaching job, but when a player with such history and stature at a club, his name will only continue to crop up over the coming weeks and months.

Wenger has yet to agree a new deal at the Emirates, his current one ends in the summer, yet it has been reported that he will indeed extend his stay in North London, and plan a summer overhaul to take Arsenal back to the top of the Premier League.