This is the ultimate Manchester City and Tottenham combined XI 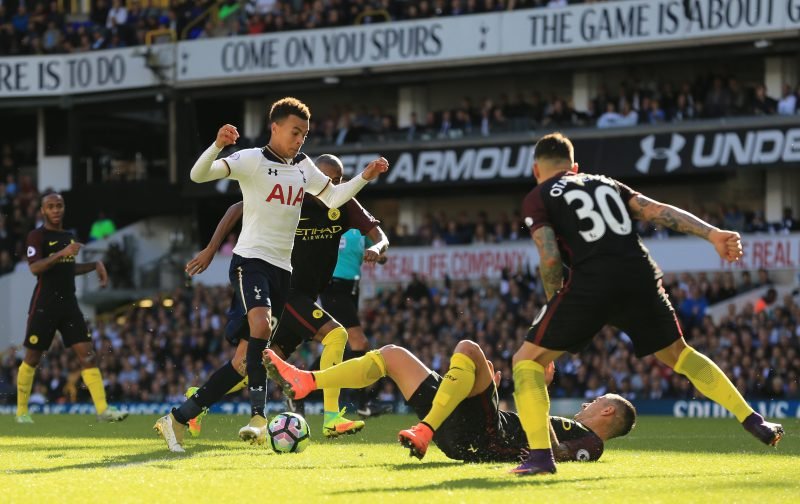 Manchester City host Tottenham on Saturday (5.30pm kick-off) hoping to get back to winning ways in the Premier League.

Pep Guardiola’s side were comprehensively outplayed and indeed thumped 4-0 by Everton last weekend, with their fifth league defeat of the season all but ending their slim title hopes.

The result saw them miss the chance to leapfrog Arsenal into fourth after their win at Swansea the day before, and they now trail Antonio Conte’s league leaders Chelsea by ten points with just 17 games to go.

However, they’ll hope for home comforts on Saturday when an in-form Tottenham visit the Etihad Stadium, hoping to record a seventh successive Premier League victory.

Mauricio Pochettino’s men battered West Brom last weekend to go second in the table, just seven points behind Chelsea, and they’ll look to last year’s 2-1 win at the Etihad as inspiration for this weekend’s encounter.

With the build-up well underway to Saturday’s clash, we at Shoot! have selected the ultimate combined Manchester City and Tottenham XI from the respective squads.

Thus, here are the ELEVEN men that made the cut…