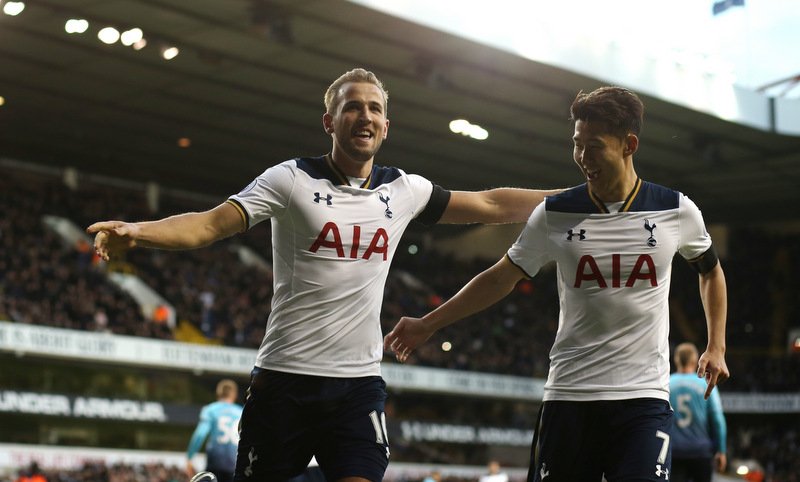 Mauricio Pochettino’s men were on a high after beating league leaders Chelsea 2-0 in their first game of 2017, and they backed that up with another impressive display against Tony Pulis’ men on Saturday.

A hat-trick from Harry Kane and an own goal from Gareth McAuley sent Spurs on their way to second place in the table, although they remain seven points behind Antonio Conte’s Chelsea after they dispatched champions Leicester 3-0 on Saturday evening.

Pochettino’s men go to Pep Guardiola’s Manchester City on Saturday in what will be a serious test of their title credentials, and coming through that with another three points would put the pressure on Conte’s Blues, given that they play Hull the day after.

Nonetheless, many still feel that Tottenham will come up short again this season, like last time out, unless Pochettino adds to his squad in the winter window this month.

And, given that they have been linked with several players already, here is what their FRONT THREE could look like come February 1…