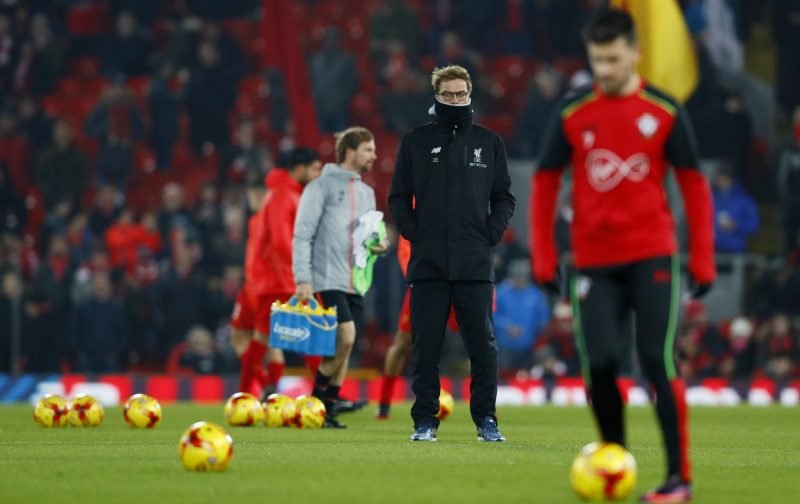 Southampton are through to their first major final since 2003 after beating Liverpool in the semi-final of the EFL Cup, over two legs.

A first leg lead of 1-0, thanks to a goal from summer signing Nathan Redmond, gave the Saints a head start at Anfield on Wedneday night, but a performance of the highest order, capped with a well taken stoppage-time goal from Shane Long, got them through 2-0 on aggregate.

Claude Puel will now be preparing his side to go to Wembley in a month’s time looking to bring back the League Cup for the first time in the club’s history, and will face either Manchester United or Hull City in the final.

Whilst the Saints were well drilled and organised, Liverpool look quite the opposite, often looking lacklustre and frustrated as they continue their poor run of form, having won just one in seven since the turn of the year, an FA Cup third round replay at Plymouth.

With that, here are THREE things we learned from Liverpool v Southampton…