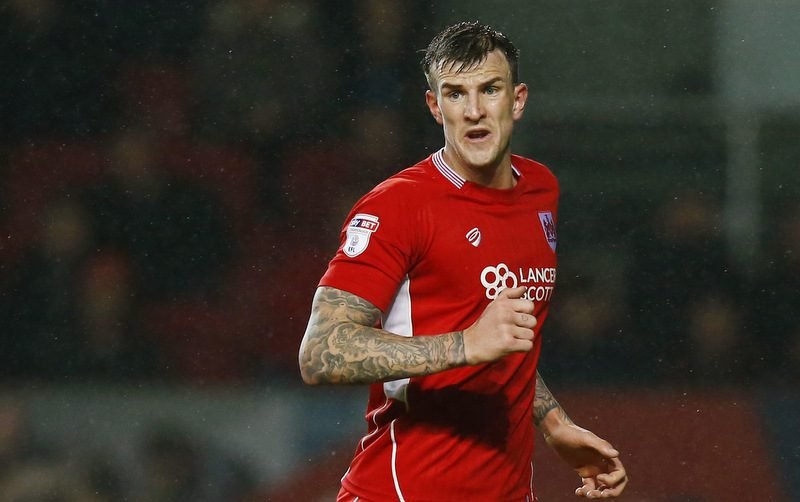 Aden Flint’s late goal hauled Bristol City out of the Championship relegation places following a 1-0 victory away to fellow strugglers Wigan Athletic at the DW Stadium on Saturday afternoon.

Flint secured a vital three points for Lee Johnson’s side in the 88th minute when he bundled home from a Lee Tomlin corner that the hosts failed to clear.

In a tightly-fought contest played out under the gloomy skies of Greater Manchester, both sides had their chances, with Tammy Abraham and Matty Taylor going close for the visitors.

Wigan responded as David Perkins crashed a shot off the crossbar, while Omar Bogle and Gabriel Obertan forced saves out of Robins goalkeeper Frank Fielding.

In the closing stages of the opening half, Wigan were grateful to their own shot-stopper Matt Gilks, who was quick off his line to prevent Abraham, after the Chelsea loanee had been threaded through by Tomlin’s neat pass.

As the teams returned for the second-half, the West Country outfit went close through Tomlin, who connected with Abraham’s flick on, prior to curling a right-footed shot behind.

On the hour, Bogle used his strength to hold off challenges down the left-flank, before advancing into the area, where he unleashed a powerful drive that was denied by Fielding’s sprawling stop.

As the clock ticked down, and clear-cut chances were at a premium, City ramped up the pressure on Wigan’s fragile goal. Abraham and substitute Callum O’Dowda went close, so too did Josh Brownhill, who missed a guilt edged chance in the final 10 minutes, when he dragged an attempt wide.

However, their persistence was soon rewarded late on. Tomlin’s corner from the left dropped to Aaron Wilbraham, both he and Abraham could not convert, with the ball falling to defender Flint, who diverted a scrambled shot beyond a helpless Gilks from a matter of yards.

Wigan pushed for an equaliser in the five minutes of additional time, but they remain 23rd in the second-tier, four points adrift of safety, while City recorded just their third win in 23 league outings to climb out of the bottom three on goal difference.

So, here are THREE things Shoot! learned from Bristol City’s win over Wigan Athletic at the DW Stadium…