Time to Go: Arsene Wenger has let down Arsenal for the past 10 years 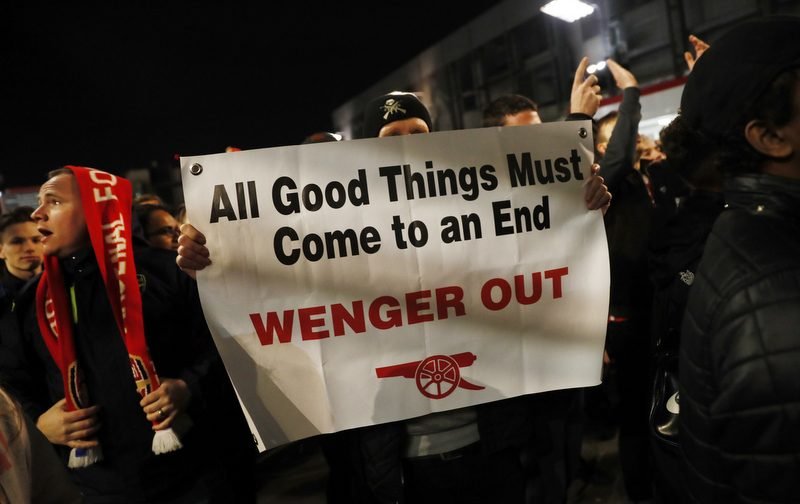 In today’s world, it’s a rarity to see a manager at the reigns of a football club for over two years – let alone more than 20!

But for Arsenal, two decades of Arsene Wenger at the helm has defined the football club into one of pure elegance and one of mediocracy.

An unknown figure, walks through the door with glasses bigger than his face in September 1996 and announces that he will be the man to take The Gunners forward.

Wenger defined a new generation of English football with sports science, style of play, diets and touchline demeanour in the late 1990s. The teams, the players, the personality and the football was not like anything we’d seen before.

“A strong-spirited side,” were the words of the Frenchman when he first took over and boy, was he right. 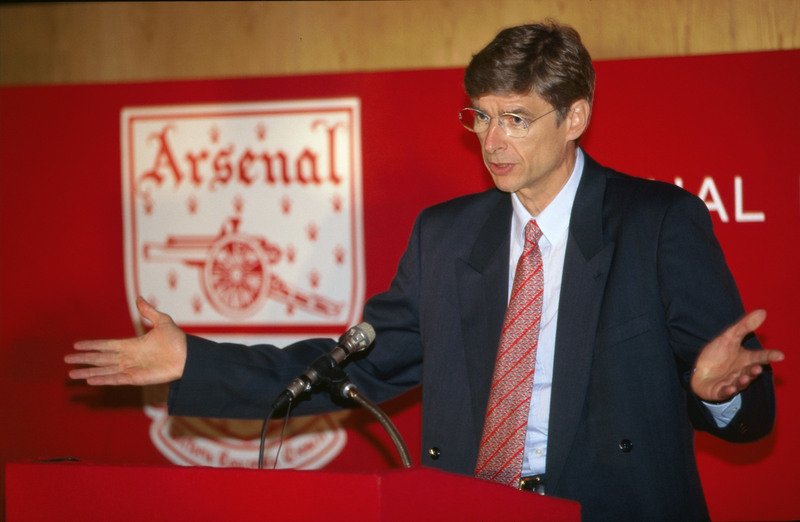 September 1996 – Arsene Wenger arrives at Arsenal to give his first press conference at Highbury.

It seems Wenger undertook a new method and style of play around 2007, similar to what Pep Guardiola had at Barcelona in 2008 with Xavi and Andres Iniesta. It saw the start of phasing out the Viera and Petit type bruisers and the beginning of the modern day ‘number 10 role’.

The Gunners boss has nurtured the talent of Cesc Fabregas and Samir Nasri, saw the potential and turned them into that modern day No. 10 and wanted to implicate the ‘tika taka’ style of play on the English League.

The problem is, it hasn’t worked over a nine-month season. It CAN work, just look at Manchester City. But they’ve had ball winners. I can’t recall Wenger making a true powerhouse signing in the centre midfield since Gilberto Silva, and that’s some time ago.

He had bad luck with Abou Diaby, who looked like a natural replacement for the Juventus-bound Viera, until countless injuries, but why not bring in someone of his stature and style to replace the injury stricken player?

He tries too hard to look attractive in his play and seems to think playing ugly is not allowed. It’s called stubbornness.

Instead it’s Jack Wilshere’s, Santi Cazorla’s, Aaron Ramsey’s and Mesut Ozil’s. With all the respect to those midfielders, at some point, they have played in what you’d call a defensive midfield position. None of them pose any safety or look powerful. They are conventional attacking midfielders all under six-foot who never put their foot in.

But the manager puts them there?

The fans and pundits have cried out for a tall man or a leader in that centre just to scare the opposition. Players like Nemanja Matic, Yaya Toure, Michael Carrick, Marouane Fellaini, Mousa Dembele, all at top bracket Premier League clubs, we know they strike a physical presence and do the dirty work in their teams. Even N’Golo Kante and Fernandinho are ball winners at five-foot odd.

They are soft centred Arsenal, which is why they come up short when the going gets tough, it’s no coincidence this happens every year.

What Wenger’s done in the past 10 years is he’s tried to lower the expectation of the fans, by thinking that getting into the top four is an achievement. It is if you’re West Brom, with all due respect, but for a club the size of Arsenal, it’s insulting. The fans know where they should be, in the footsteps of their double winning teams.

The whole point of moving from Highbury to the Emirates Stadium in 2006 was to challenge teams on the scale of Bayern Munich and really make their stamp on European Football.

The most frequent stamp they’ve made overseas is in their passports, coming home from a defeat in a last 16 tie, and not before time.

Every time they do come across or nurture a superstar, they’ve ended up selling to a rival or a club with more ambition – just look at Nasri, Robin Van Persie, and Fabregas. They’ve all ended up winning league titles, even Henry moved across the sea to Barcelona so he could win the European Cup, which he did.

If they don’t act, it will happen again with Alexis Sanchez and Ozil.

The former Barcelona winger gives everything on the pitch. The Chilean was dropped against Liverpool, why? 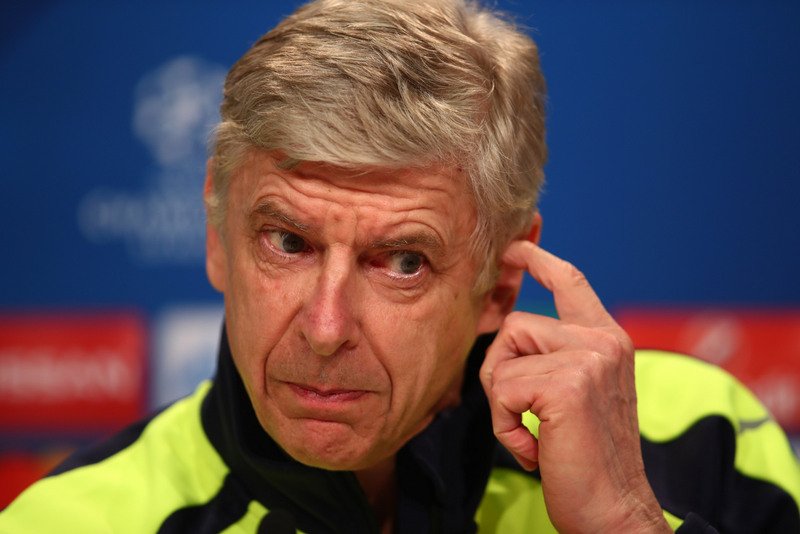 Possibly for telling his team-mates what he thinks of their lack of desire to the cause. The manager mollycoddles the squad and says ‘everything is fine, it was the referee who lost us the match’ – which was the jest of the interview after the Bayern game.

It works both ways, you can say the team aren’t performing for Wenger, but he picks them? He’s the one who buys them, who puts his faith in them to then let the fans down every year.

On another note, the board have a lot to answer for. The three-time Premier League winner must think he can soldier on and on into his late 70’s, but there’s people in the background such as Ivan Gazidis and Stan Kroenke who aren’t putting the roadblock out and saying, “sorry, your times up, the club needs to be winning the title and you haven’t delivered that since 2004”.

The owners are happy with second to fourth place because they know Wenger is a safe bet to deliver that – and possibly an FA Cup every few years. They don’t go all out to sign the world’s best talent, as Arsenal supposedly, “have to pay the staff” instead, despite being in the top 10 for wealthiest clubs in world football. It’s a mediocre situation.

But to battle Chelsea, Manchester City, even Manchester United and Europe’s best, there has to be ambition. There’s none of it from the board.

What next for Wenger? Barcelona? Maybe he would suit the style of play in a less physical league, sure. He should take his attacking midfielders and strut his stuff in La Liga, where teams don’t sit back and can’t beat you from a losing position.

All we know is that Arsenal won’t be heading to the summit of the Premier League anytime soon with the same manager and board that flatter to deceive every time we hit January.

The truth hurts. He cast the greatest memories in the club’s history in his first 10 years, but the game has surpassed him, it’s time for Wenger to pull the plug on his Arsenal journey. He’s 10 years out of date.