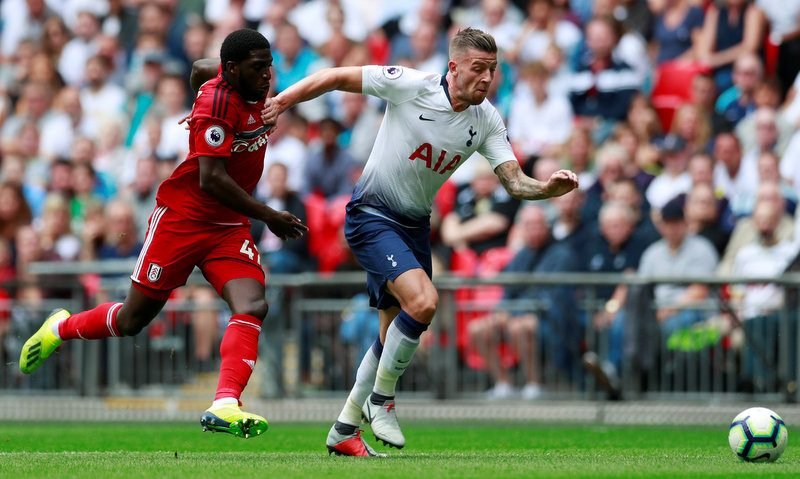 Tottenham Hotspur have triggered a one-year contract extension for defender Toby Alderweireld, but it includes a £25million release clause.

As reported by the Manchester Evening News, the 29-year-old had been the subject of much speculation regarding a potential move to Manchester Unite for some time.

Now with the news that his Spurs deal now includes a release clause, which must be activated before the final two weeks of the next summer window, the Red Devils could be keen to swoop for the Belgian.

Former boss Jose Mourinho was aiming to bolster the Red Devils’ defensive ranks and that doesn’t seem to have changed since the Portuguese was replaced by caretaker Ole Gunnar Solskjaer earlier this month.

United have conceded 31 goals in just 19 Premier League matches this term after letting in just 28 throughout the entire 2017/18 league campaign.

Alderweireld, who has 84 caps for Belgium, has been at Tottenham since July 2015, playing 133 times for the North London outfit.