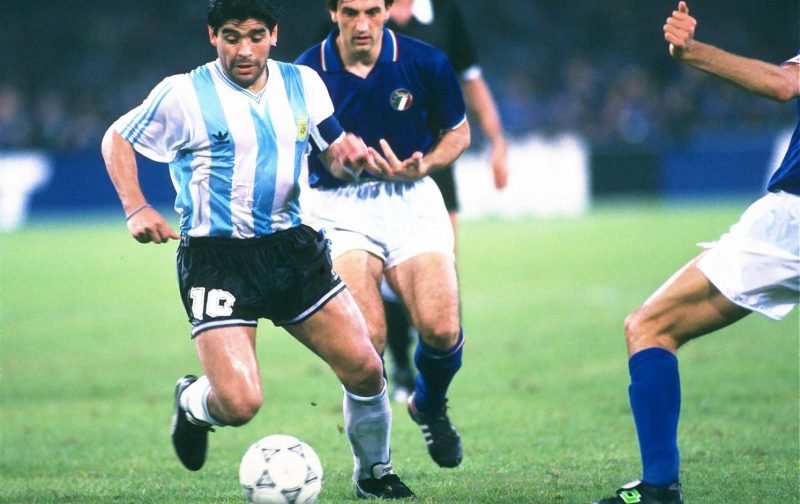 Footballing legend Diego Maradona passed away on Wednesday at the age of 60.

The Argentine, who is regarded as one of the best players to ever play the game, had an illustrious 21-year playing career while also going on to manage eight teams including his country at the 2006 World Cup.

Best known for wearing the stripes of Argentina and a revolutionary spell at Napoli, where he helped the Italian side win two Serie A titles, the forward also had spells with Boca Juniors, Barcelona, Sevilla and Newell’s Old Boys after starting his journey with Argentinos Juniors.

Although his spell in Naples was gripping and sensational, Maradona’s greatest moment came when he helped his country win the 1986 FIFA World Cup in Mexico.

The tournament in which he delivered the controversial ‘hand of god’, which knocked England out of the tournament, the famous number 10 was the heartbeat of his country and was named the competition’s best player.

With that in mind, we thought we’d pay tribute to ‘The Golden Kid’ by sharing his top 5 World Cup goals (put together by FIFA).

All we can say is… enjoy!