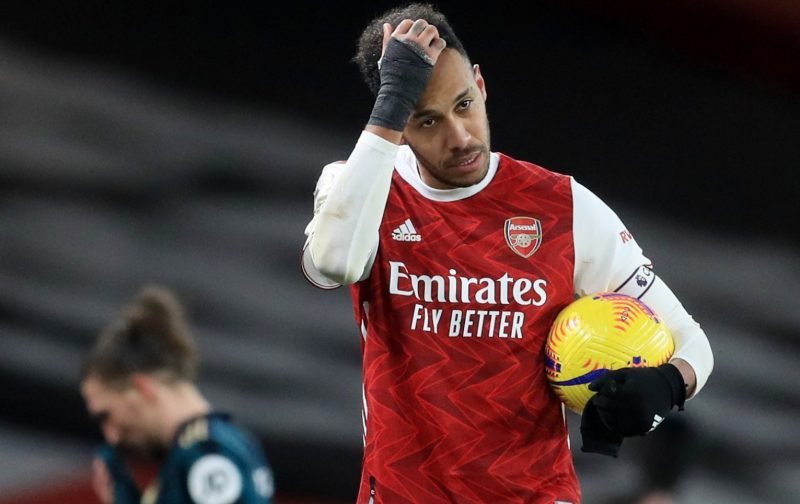 Following another weekend of Premier League action, Manchester City continue to run away at the top of the table with a convincing 3-0 victory over Tottenham Hotspur.

The Citizens’ lead was further enhanced as challengers Manchester United dropped points at West Brom and current champions Liverpool collapsed to a 3-1 defeat against their former boss Brendan Rogers’ Leicester.

With some teams having played almost two-thirds of their matches, the table begins to take shape at both the top and the bottom end, with huge results for those clinging desperately onto the bottom rungs of England’s premier footballing ladder.

With that, we take a look at five of the top-performing Premier League stars of the weekend…

Sean Dyche’s Burnley have struggled to find inspiration this season and find themselves firmly in a relegation battle, but an impressive 3-0 win over fellow strugglers Crystal Palace means they now have an eight-point gap on 18th in 16th place, on 26 points. Defender James Tarkowski stood out as a rock against the Zaha-less Eagles, but Matt Lowton’s solo goal was the most impressive of the bunch by far. The 31-year-old right-back picked up the ball on the halfway line, dribbled through several opponents before receiving a quick one-two off Jay Rodriguez and volleying it home from just inside the area to make it 3-0. The Burnley Cafu? 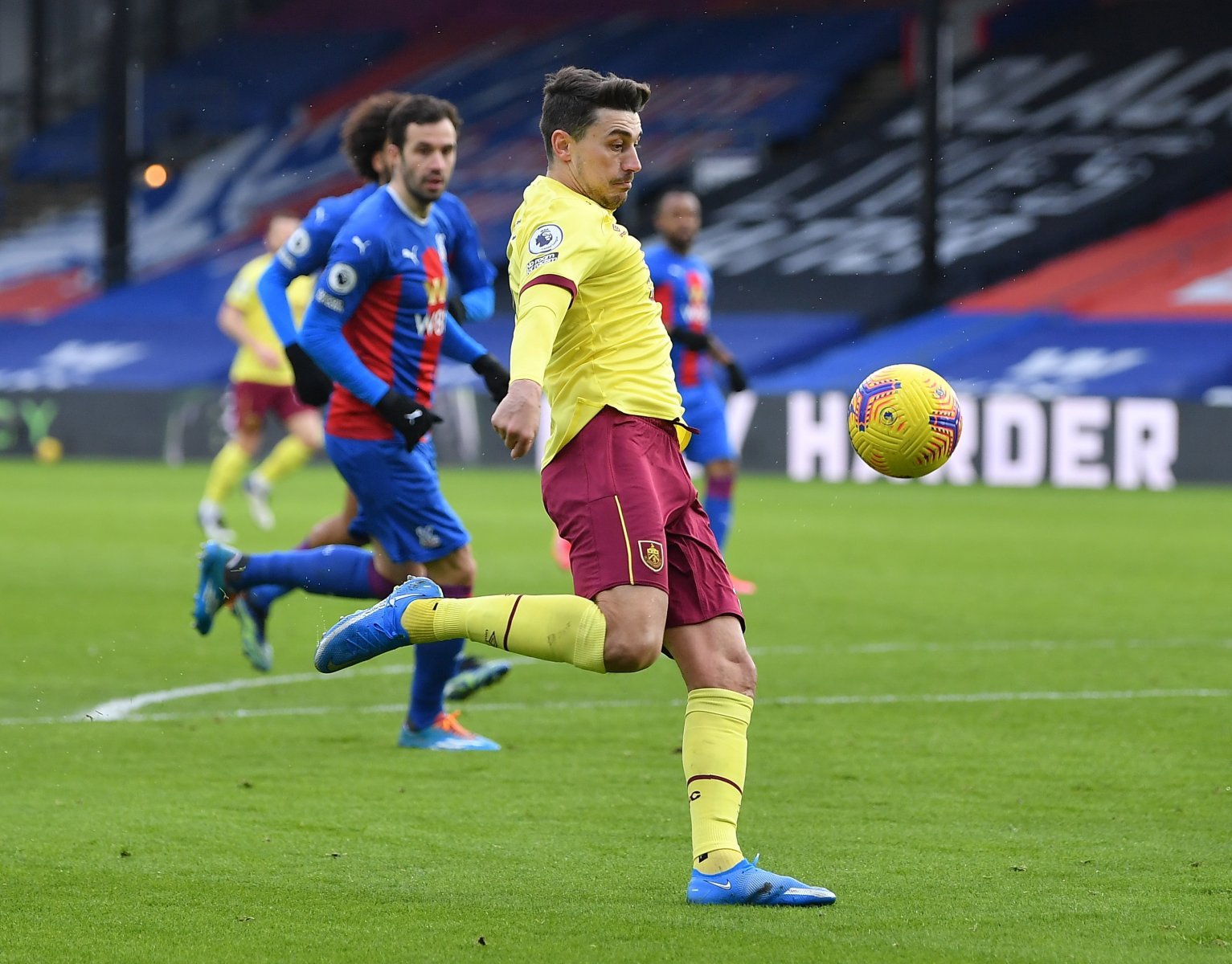 Liverpool, boosted by Ozan Kabak’s debut, looked to have restored some mojo as they lead Leicester 1-0 going into the closing stages. That was until they self-destructed, anyway, allowing The Foxes to score three times in the final 12 minutes. Leicesters golden trio, James Maddison, Jamie Vardy and Harvey Barnes all contributed with a goal each to sink Jurgen Klopp’s side, who looked shot of confidence by the end. Barnes added the third with a really tidy finish across Alisson, opting not to square it to Vardy for an open net and bursting with belief that he’d finish it himself, as the game finished 3-1. Barnes’ total of eight means he’s scored more goals than any other English midfielder. Get him on that squad list, Gareth Southgate. 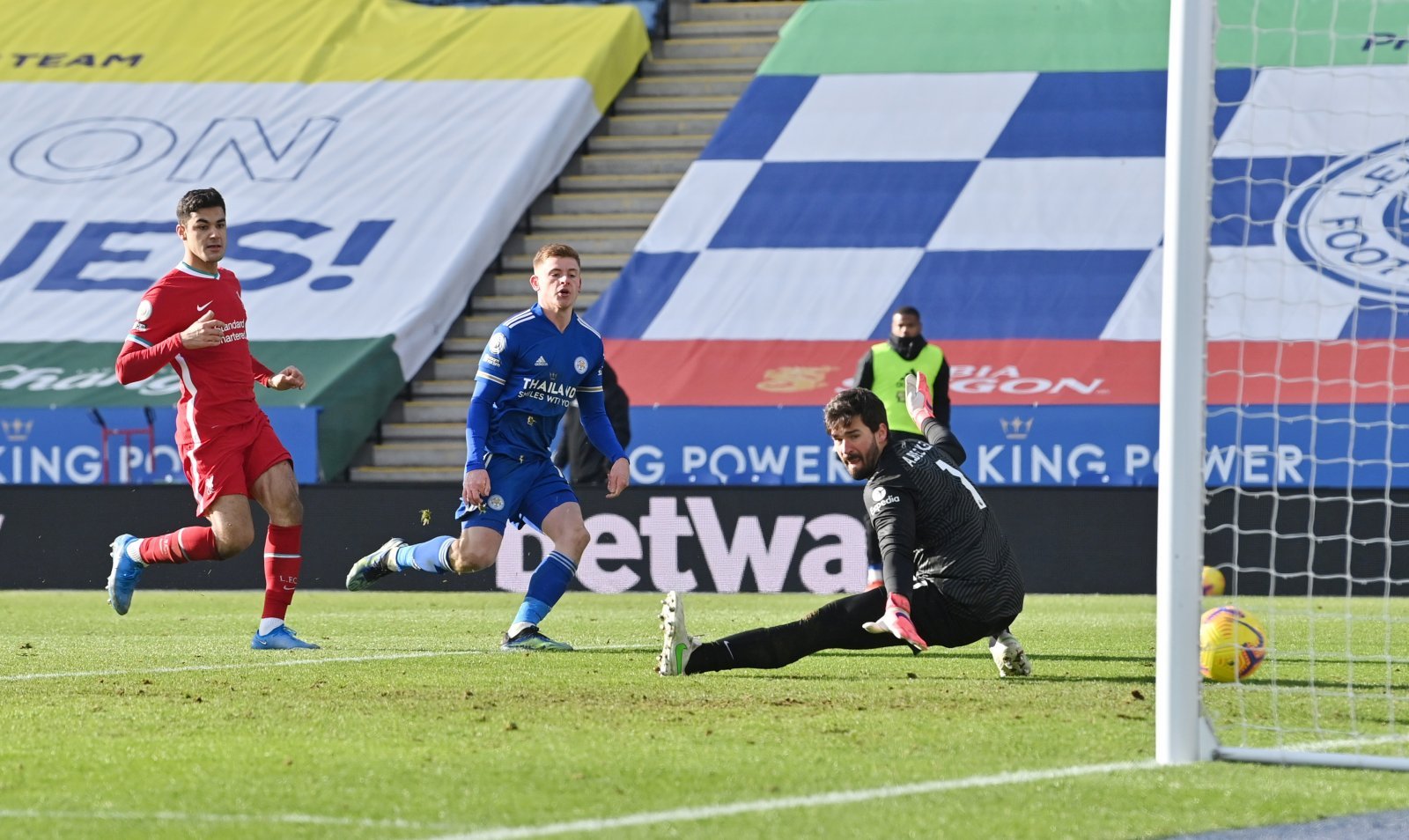 Nigerian international, English-born, striker, Josh Maja had a self-proclaimed ‘dream’ start to his Fulham career. Playing for Sunderland in League One just two years ago, Maja scored both goals from within a total of a few yards to bag a brace on his first Premier League appearance, as The Cottagers romped to a surprise 2-0 win at Everton’s Goodison Park. His side had scored just 17 goals in 22 league matches before last night, so fans will be hopeful that this kind of goalscoring is a sign of things to come. 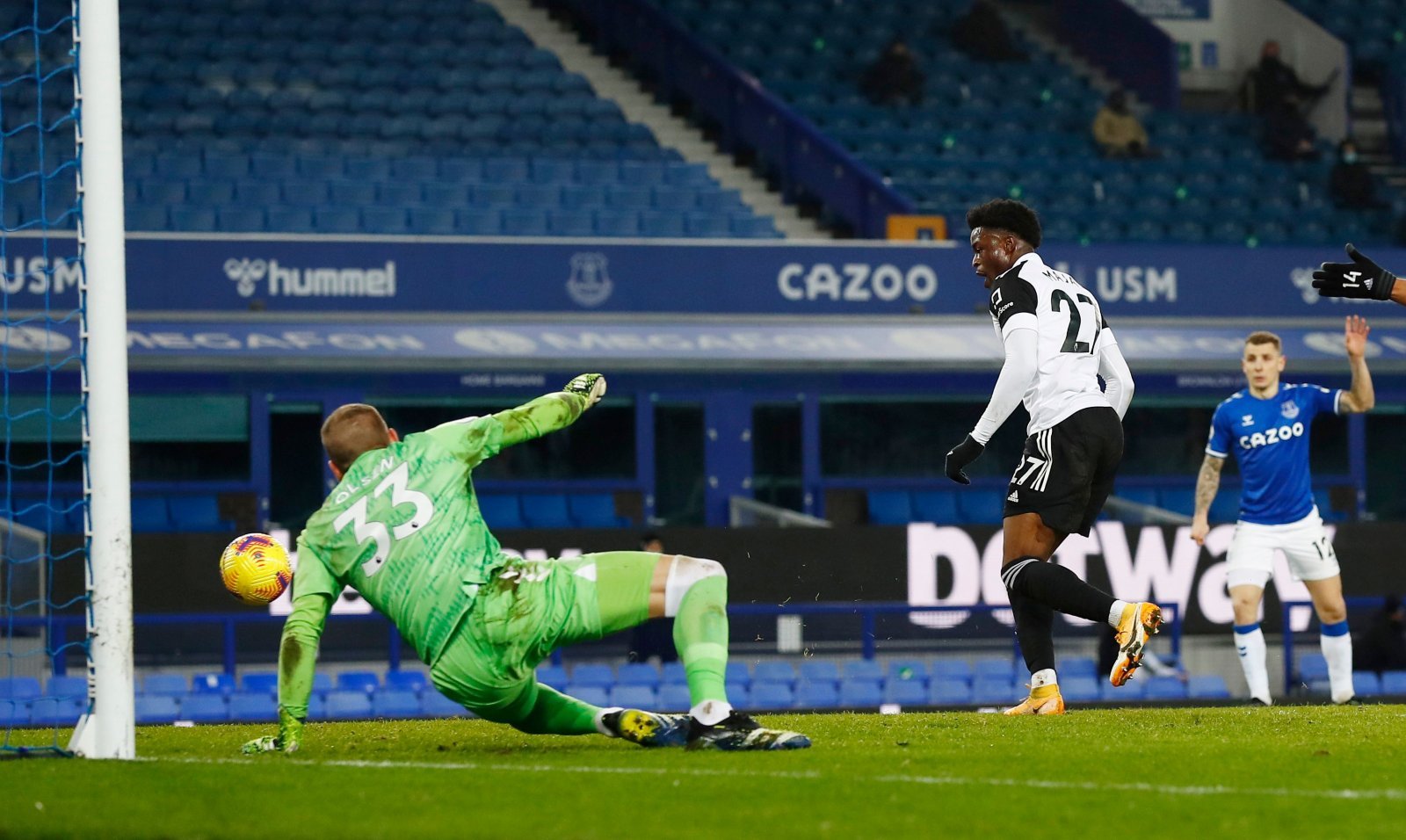 Once again, Ilkay Gundogan continues to show what it really means to be a ‘cultured player’. The former Borussia Dortmund man now has 11 goals in the Premier League this season, with, incredibly, nine of those coming since the turn of the new year. He was in our top five picks last week and with yet another brace, this time against Tottenham, it’s impossible not to include him again. He squeezed a low shot through Hugo Lloris for City’s second, before finishing Ederson’s long ball forward by absolutely rinsing Davinson Sanchez, leaving the Colombian to face-plant the floor in a desperate attempt to block the shot, and netting again past the Frenchman to win 3-0. Watch out Bruno Fernandes, is Gundogan a late shout for the PFA Player of the Year? 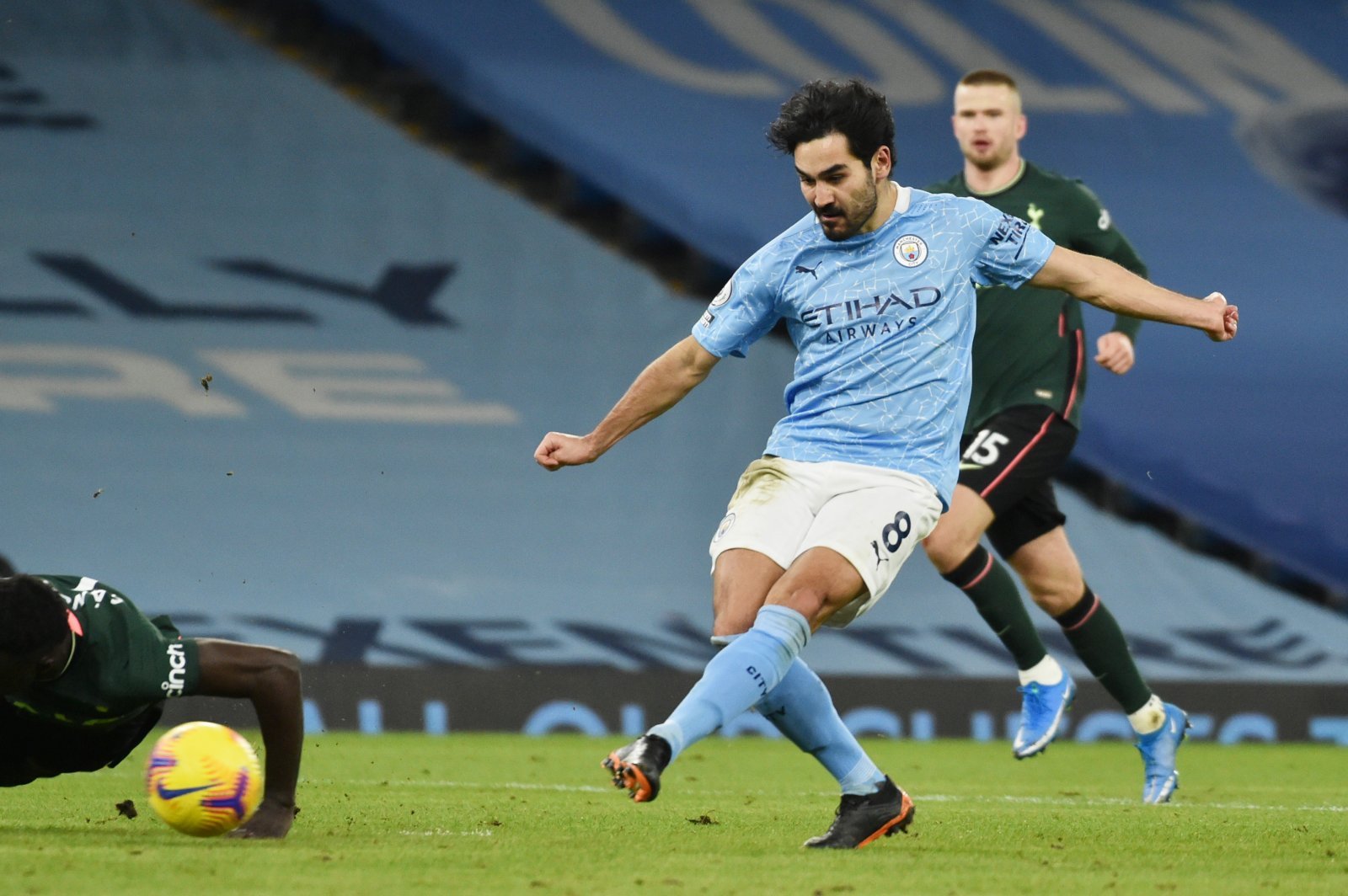 In an emotional game for Pierre-Emerick Aubameyang, the Gabonese striker netted only his second hat-trick in the red and white of Arsenal. The three goals mean he’s now on a total of eight, in what’s been a difficult season on and off the field. Mikel Arteta’s side defeated Leeds 4-2, although they were 4-0 up after 47 minutes, with Aubameyang netting at all the best times – early in the match, just before half-time and just after the break – during his first start for almost a month. His first finish was the pick with a tidy finish into the bottom corner, before he converted a penalty and a close-range header to seal the points. 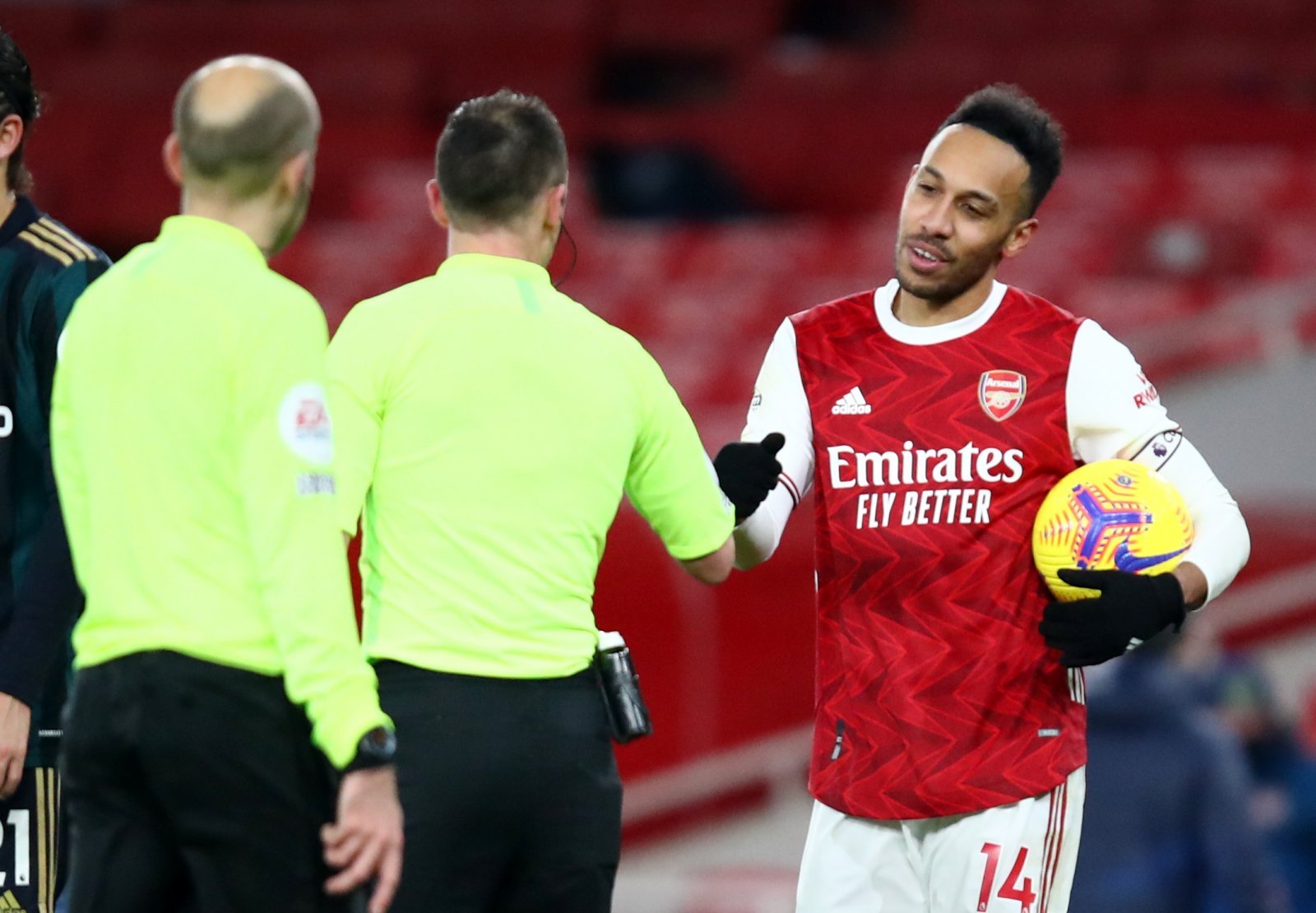 Pierre-Emerick Aubameyang claims only his second Arsenal match ball, the first since a 4-2 Europe League victory over Valencia in May 2019.