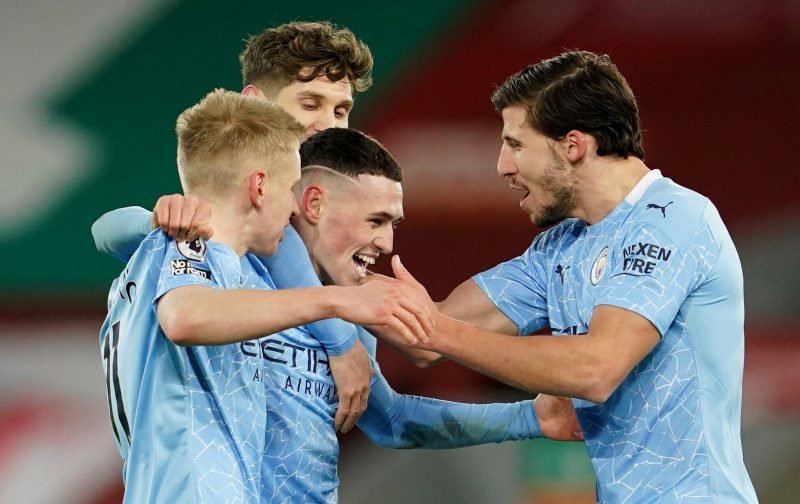 After another round of Premier League action, runaway leaders Man City look to have stormed ahead in the race for the title with a five-point lead and a game in hand following an impressive 4-1 win at champions Liverpool.

Elsewhere, Thomas Tuchel’s new war-machine at Chelsea rumbles on with another uninspiring but ultimately decisive victory at Sheffield United, while last week’s 9-0 recipients Southampton failed to stop the rot with a 3-2 defeat at strugglers Newcastle.

For a striker who has just four goals in 22 Premier League matches and hasn’t scored since the beginning of November, the German Werner is starting to show his worth in other areas. The 24-year-old put one on a plate for Mason Mount to open, before winning his second penalty in as many matches for Jorginho to bury the winner in Chelsea’s 2-1 victory over Sheffield United, scooping the man-of-the-match award to boot. 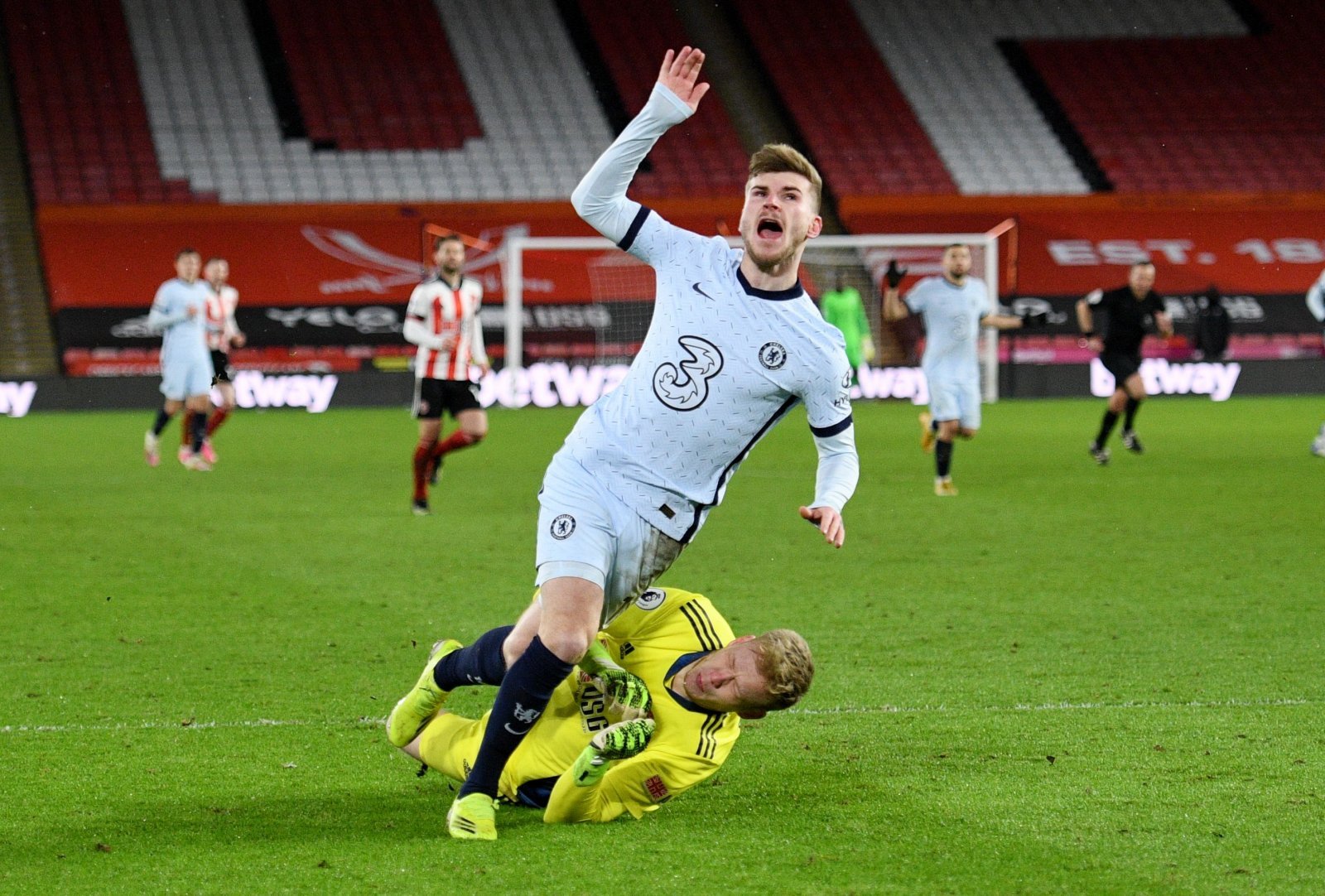 Timo Werner shows his worth, assisting and winning a penalty to supply both goals in a 2-1 Chelsea victory

England’s talisman Harry Kane has been electric for Jose Mourinho’s Spurs again this year, with his 54th-minute opener against West Brom the first of a double-salvo alongside strike-partner Heung Min-son, who scored minutes later to wrap up a 2-0 win. Kane marked his return from an ankle injury and eased fans’ worries that it could have knocked his form, now having scored four in his last five. 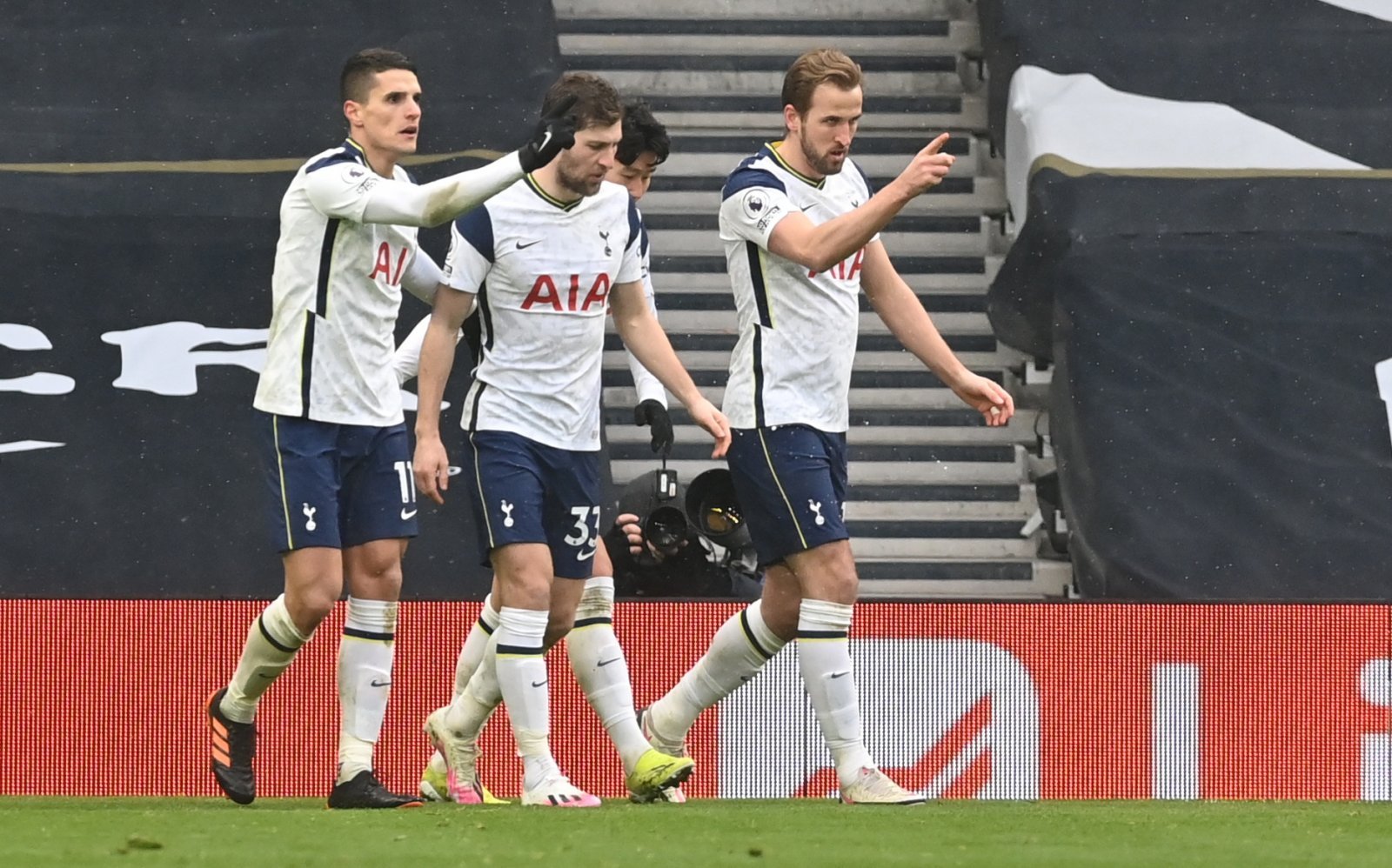 ‘Silky Ilkay’ bounced back from an awful penalty miss, sending a field-goal worthy strike over the woodwork on the day of the NFL Superbowl in the first-half. He was johnny-on-the-spot to recover from that spot-kick disaster, turning home Phil Foden’s parried effort by Alisson to open the scoring, before restoring the lead with another close-range tap-in after Mohamed Salah had equalised. The in-form German midfielder has nine goals this season, including seven already in 2021. 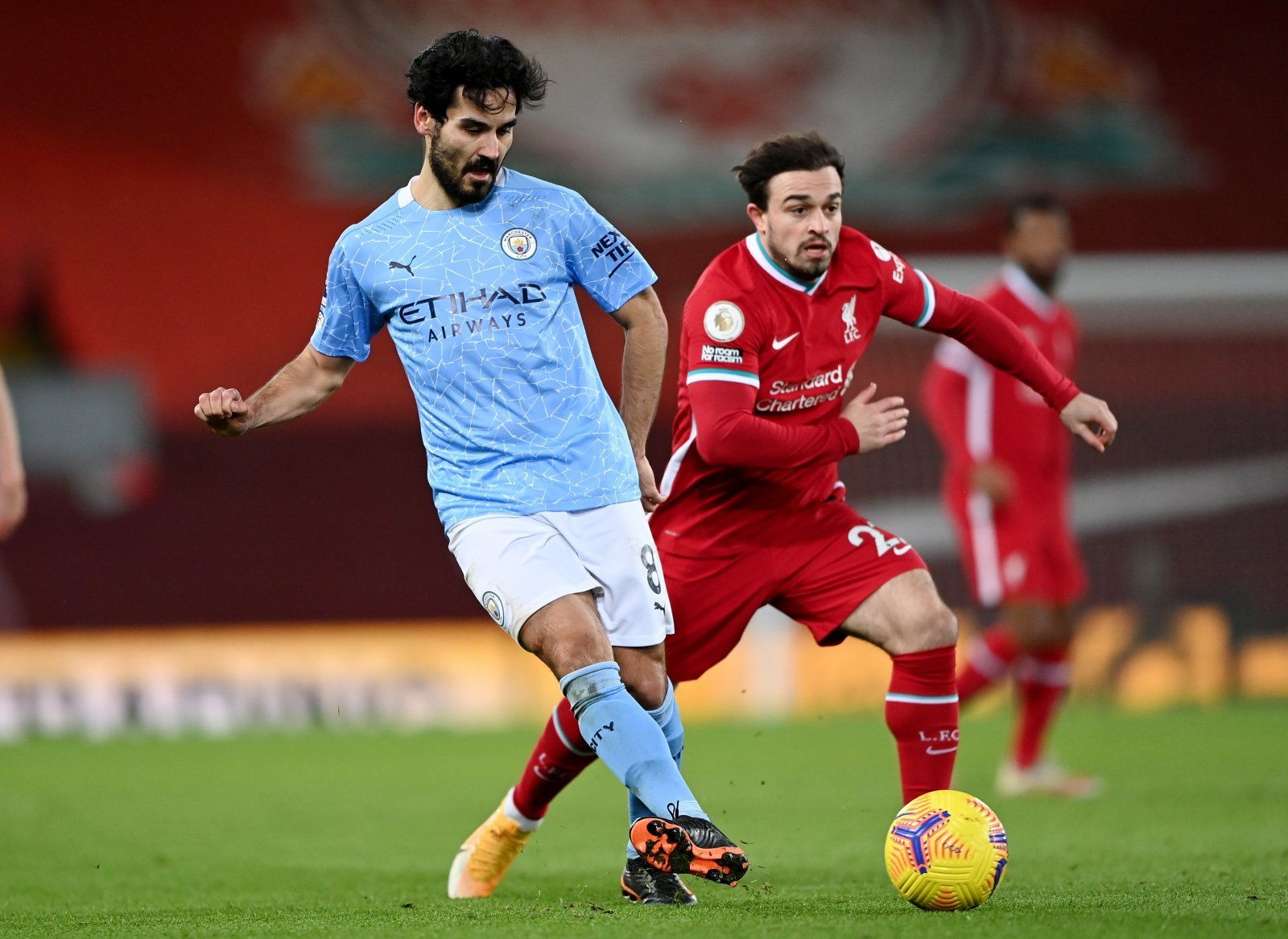 Ilkay Gundogan set Manchester City on their way with the two opening goals, after recovering a penalty miss

Steve Bruce’s Newcastle managed to scalp a hugely-important victory over Southampton with just nine-men left on the field for at least 20 minutes, after a red card to Jeff Hendrick and a Fabian Schar injury when all three subs had been used. Allan Saint-Maximin inspired The Magpies to an early lead assisting for Joe Willock and then Almiron’s first, before the Paraguayan scored only his eighth Premier League goal in three seasons right before half-time – a blow which eventually proved decisive. The award could really go to either the aforementioned Frenchman or Almiron – the three points being the only important thing for The Toon. 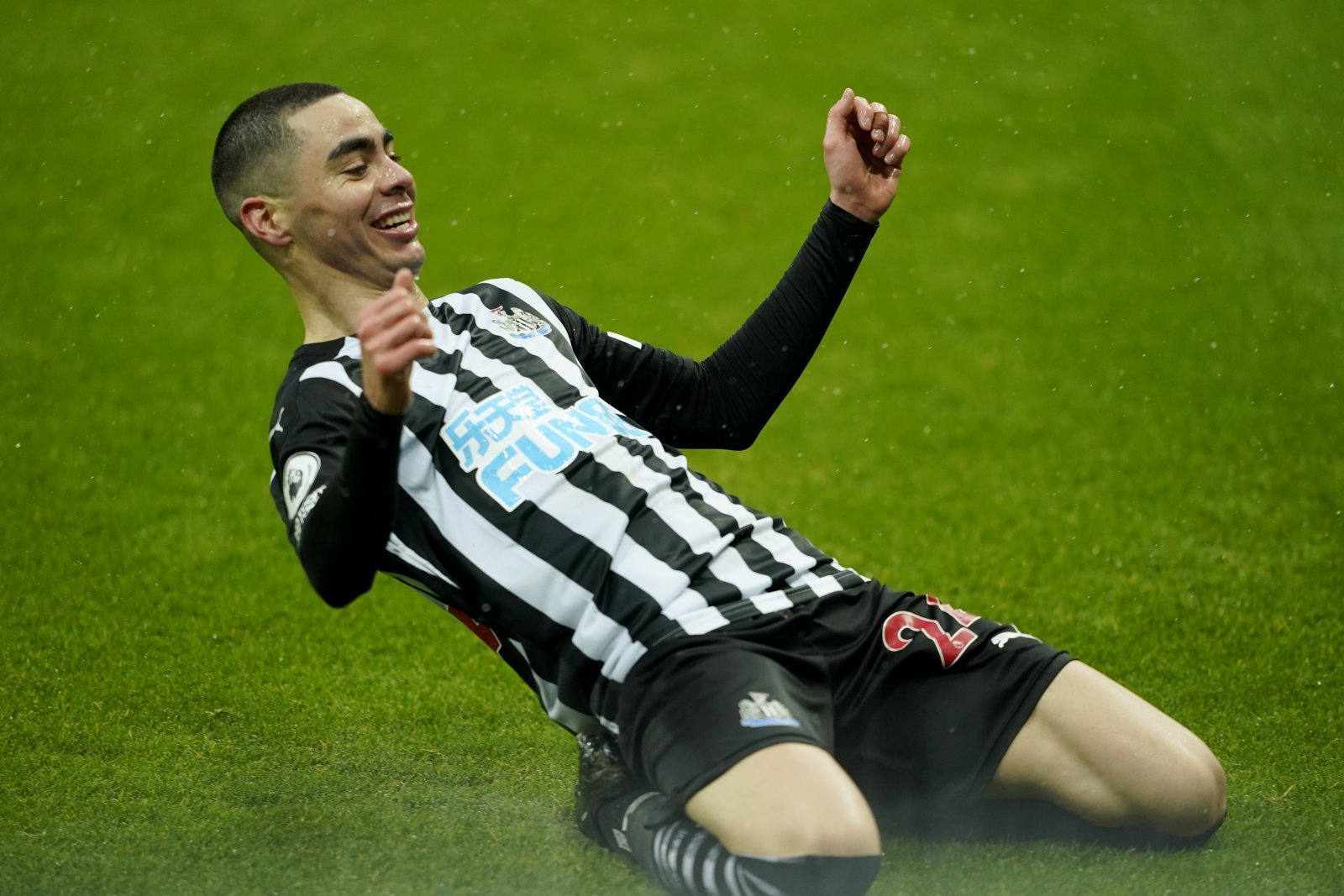 The shining England starlet continues to do exactly that. At just 20-years-old, the Stockport-born dynamo may have all but wrapped up the PFA Young Player of the Year award with another sterling performance. Foden was responsible for at least three of the goals, as Manchester City romped to a 4-1 win at the home of the champions, Liverpool. Playing in a particularly advanced role, it was Foden’s shot that was parried and converted for the opener, before he assisted the same scorer, Ilkay Gundogan, directly. He then put the cherry on top of the Premier League title-shaped cake, controlling a ball over to his right-wing position, dribbling into the area and firing a powerful left-footed snap-shot straight through Alisson before he could even react. 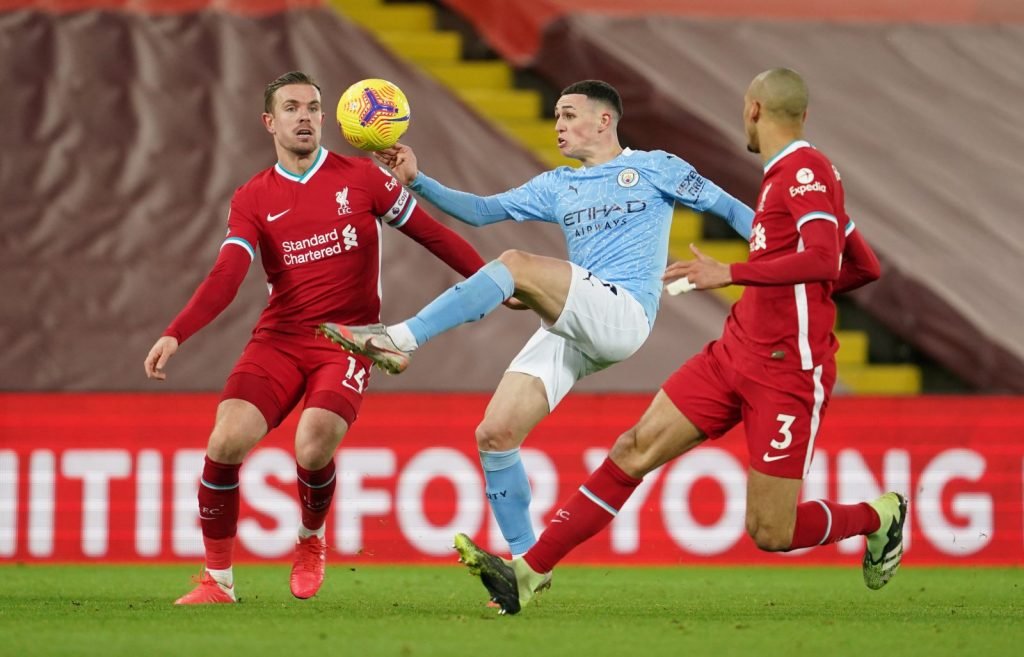 Phil Foden, just 20-years-old, picked up Man-of-the-Match during a 4-1 victory at Anfield