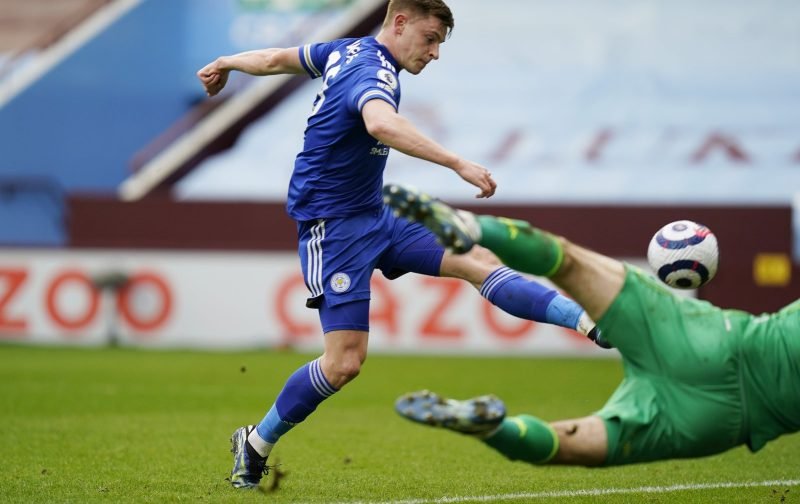 Following another weekend of Premier League action, Pep Guardiola’s Manchester City continue to exert their dominance with a 1-0 victory over Arsenal, lead by former No.2 Mikel Arteta.

Manchester United and Leicester’s campaign to hunt them down persists with huge wins over high-flyers, while David Moyes continues to show that class could well be permanent, getting West Ham into the top-four while Chelsea falter.

With many clubs having just 13 fixtures left to fulfil, individual performances are becoming all the more important to teams desperately searching for points at both ends of the division.

With that in mind, we look at five of the top player performances in the Premier League during the past weekend…

Although it wasn’t exactly a vintage performance, master Guardiola once again proved to be too great for his apprentice, Arteta, as City edged it 1-0 at the Emirates Stadium after scoring within the first two minutes. Speedster Raheem Sterling proved his worth in a different manner, converting a top-class header after out-jumping Rob Holding to Riyad Mahrez’s delivery. Thanks to this solitary effort from the Three Lions forward, Guardiola has now managed The Citizens to an 18-game winning streak. 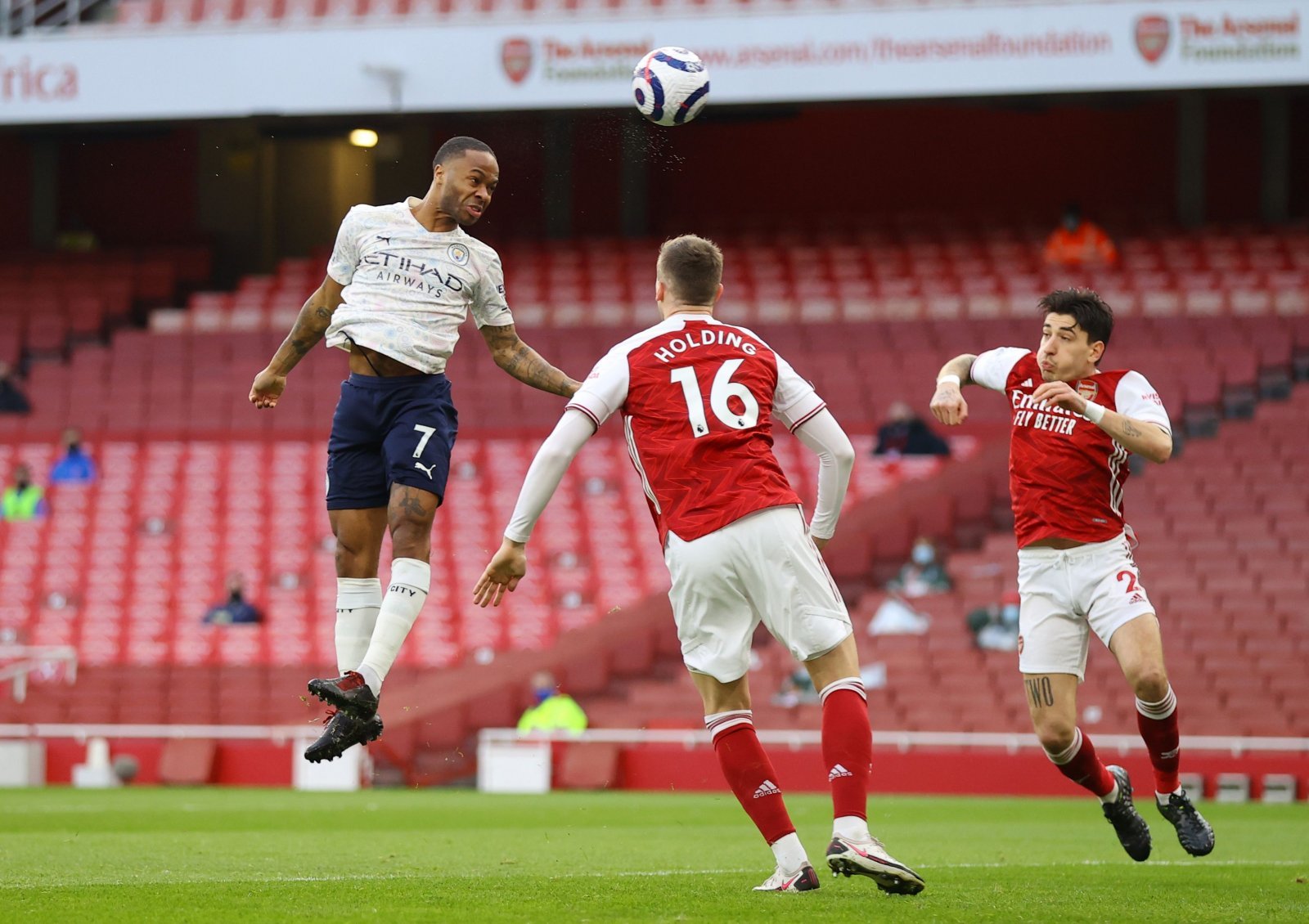 While the 23-year-old hasn’t set the world alight at United, nippy winger Dan James looked like he had Newcastle on toast at times Sunday. Allan Saint-Maximin had equalised following Marcus Rashford’s opener, but James scored his second goal in as many games, after Europa League success midweek, to put his side back ahead in the second half. It was the Welshman’s first start in the league since Boxing Day and he marked it by lashing a shot past Darlow into the bottom corner, before Fernandes’ penalty saw it finish 3-1. 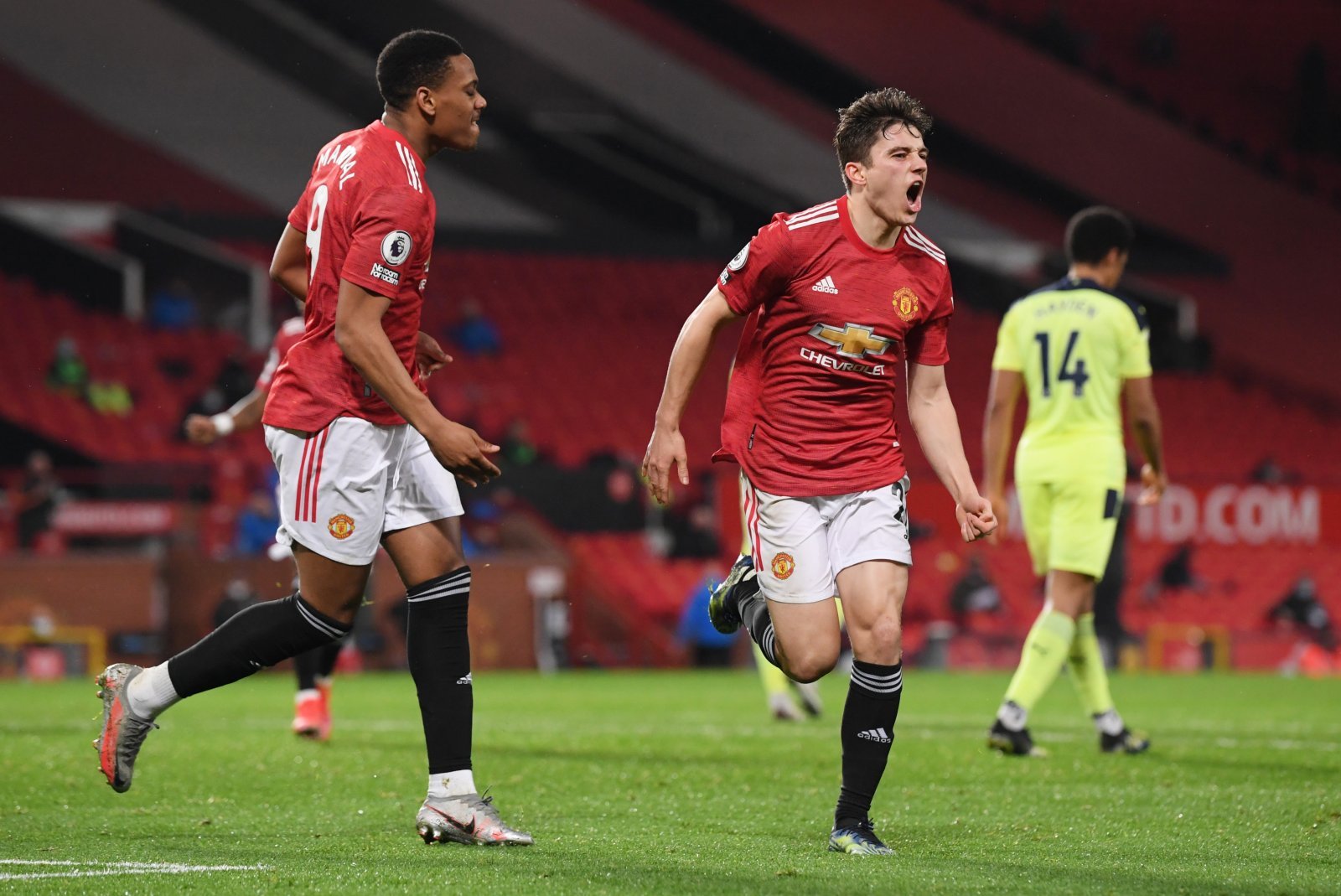 This award could easily be handed to Michael Keane, with both Englishmen putting in a top performance to raise eyebrows before the European Championship’s this summer. Everton managed to add to Liverpool’s woes by turning up at Anfield, scoring twice and camping out for a very impressive clean sheet. Richarlison and Gylfi Sigurdsson added the goals at both ends of the match, while Jordan Pickford made vital saves from Jordan Henderson’s volley and Mohamad Salah in-between. The Reds have capitulated thanks to a huge injury list, but their Merseyside rivals put them to the sword on Saturday. 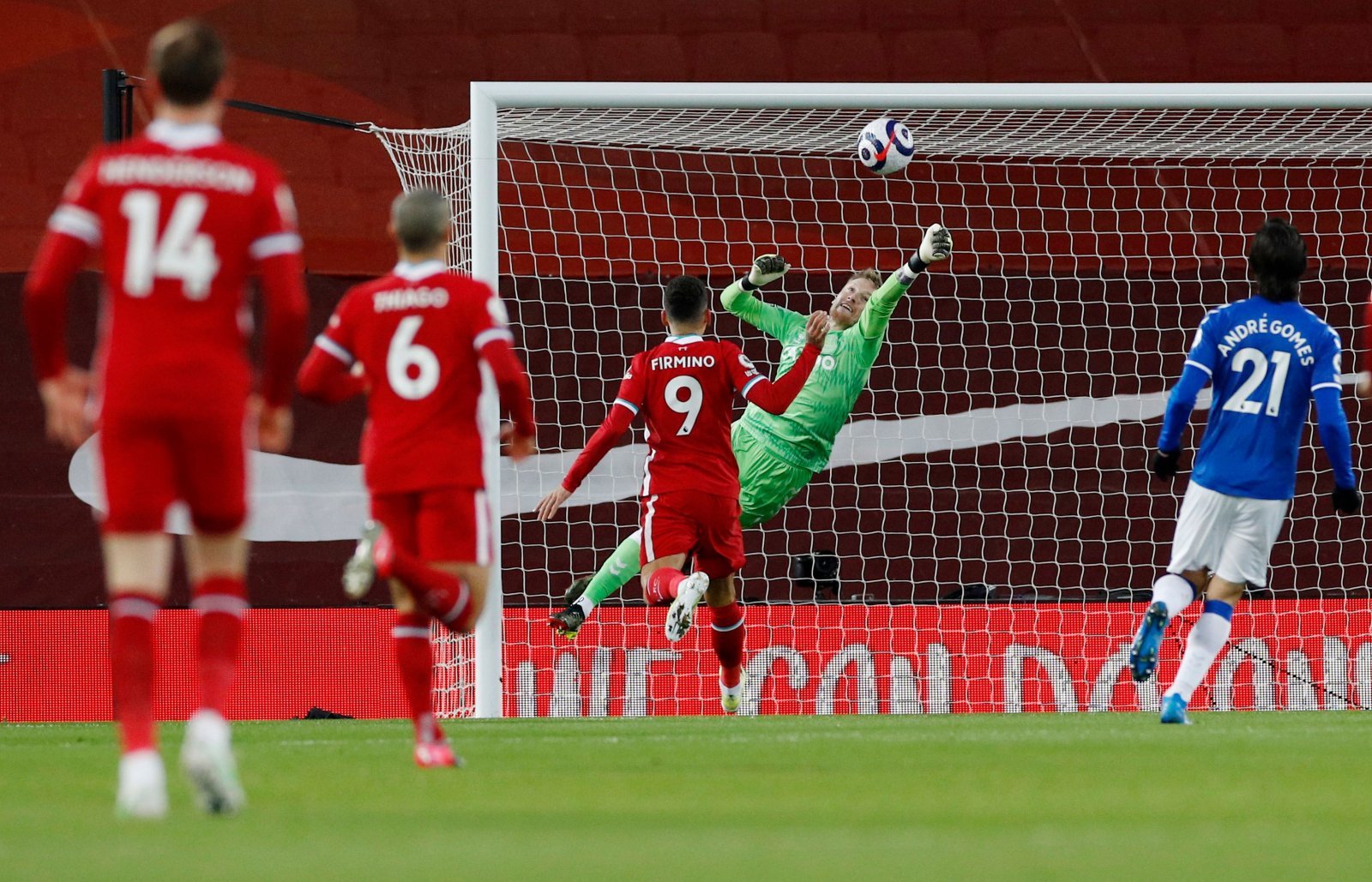 It feels like a long time ago that Jordan Pickford was England’s World Cup hero, at Russia 2018

On-loan from Manchester United, Jesse Lingard already looks totally reinvigorated. Under former manager Moyes’ leadership, Lingard has scored three in four for West Ham now, after notching the winner in a 2-1 victory over London rivals Tottenham Hotspur. Initially ruled out but for VAR, Lingard skipped through The Lilywhites defence and powered a shot beyond Hugo Lloris, before a choreographed dance alongside Declan Rice and Aaron Cresswell displayed lifted spirits. 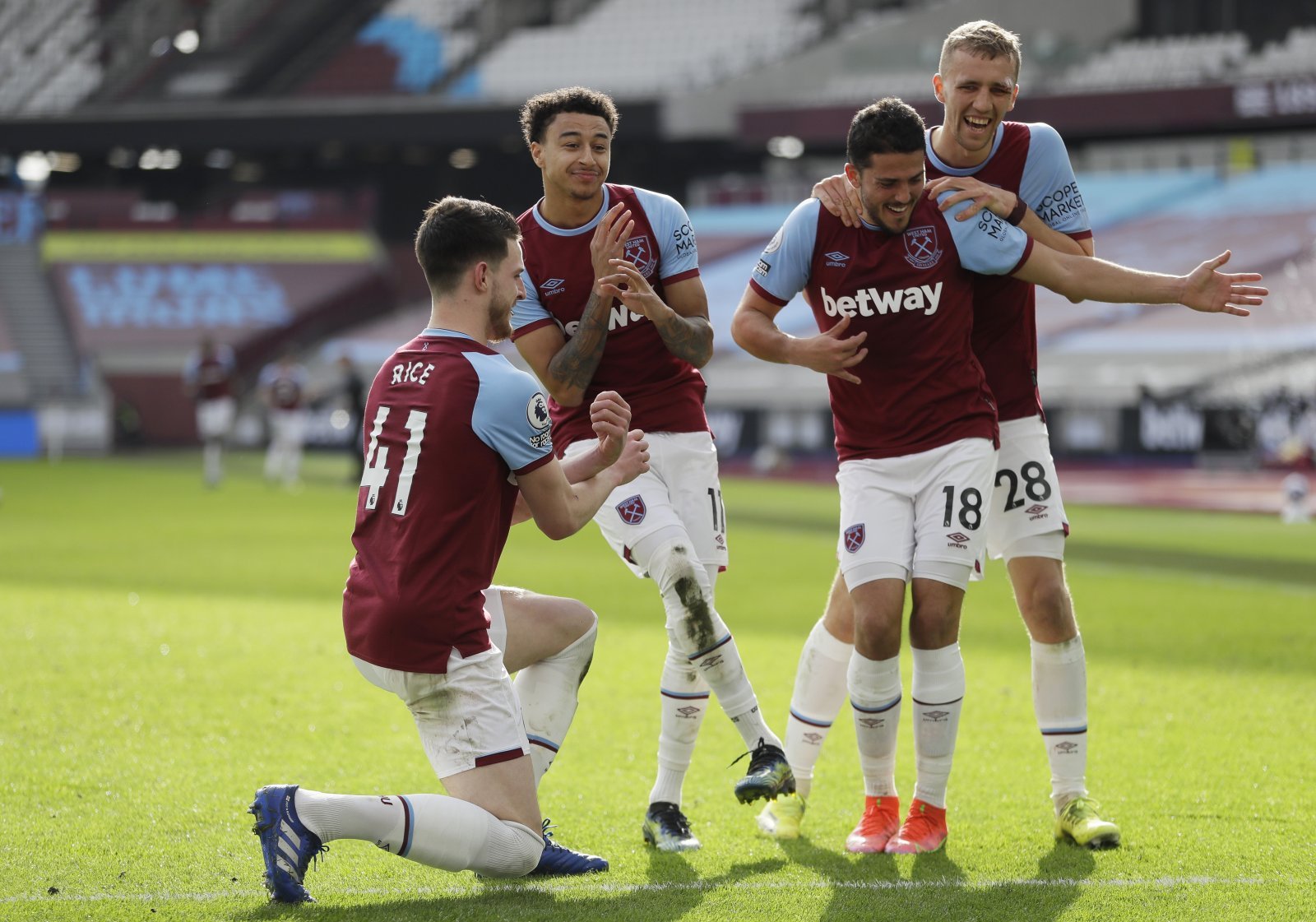 Top of the Pops: West Ham climb to two points clear in the Champions League places

Included in the top players last week too, Harvey Barnes is putting a strong case forward to England boss Gareth Southgate. Barnes notched an assist for the opener and scored the winner as Brendan Rogers’ side overcame Aston Villa 2-1 at Villa Park. He laid off the pass to James Maddison to score in the opening 20 minutes, adding a tap-in just moments later which proved to be decisive – his 13th goal of the season. With six goals and three assists in the last 11 Premier League matches, the 23-year-old winger is without doubt one of the divisions top performers. 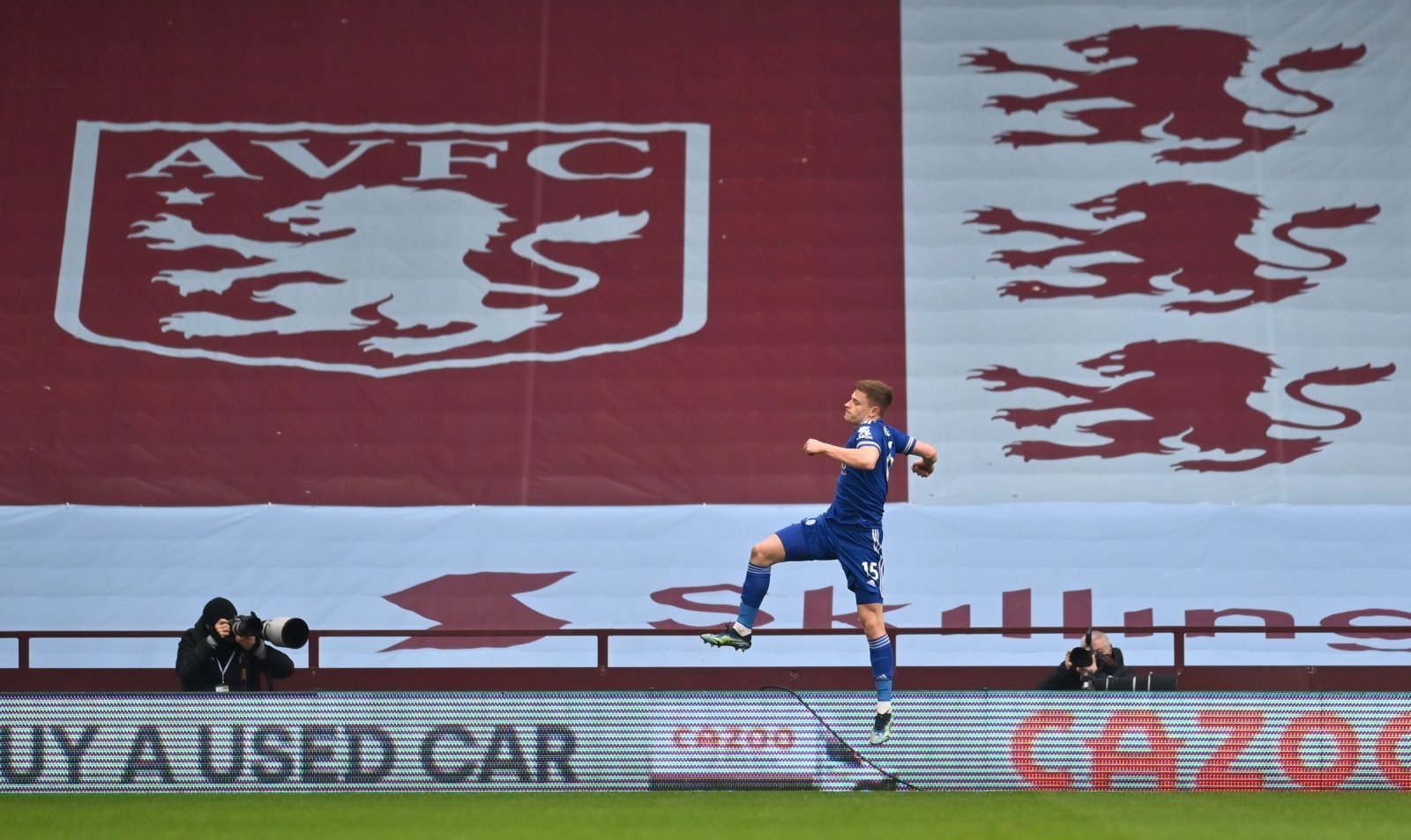