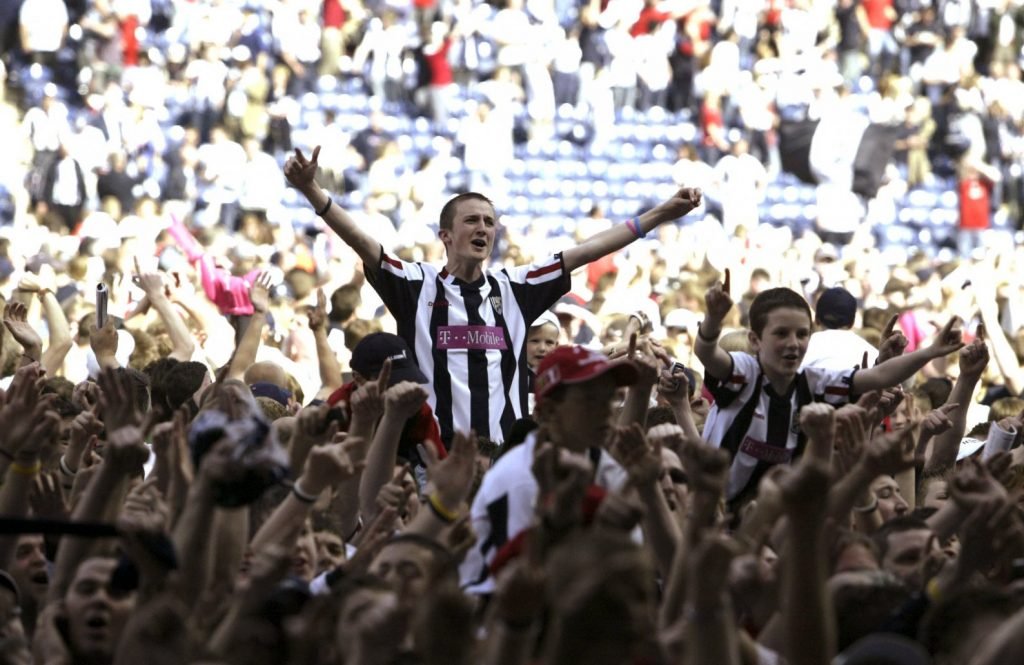 West Brom fans celebrate staying up at the Hawthorns.

With just 11 games to play, West Brom found themselves at the bottom of the Premier League table and seven points adrift of safety.

The Baggies had won only two of their 27 games and had the worst attacking record in the league, with only 23 goals.

On the final day, the West Midlands club were still at the foot of the table, though were only two points off survival after an upsurge in form.

A 2-0 victory over Portsmouth – thanks to goals from Geoff Horsfield and Kieran Richardson – was just enough for Bryan Robson’s side, as they finished in 17th spot after none of their relegation rivals winning their last game.