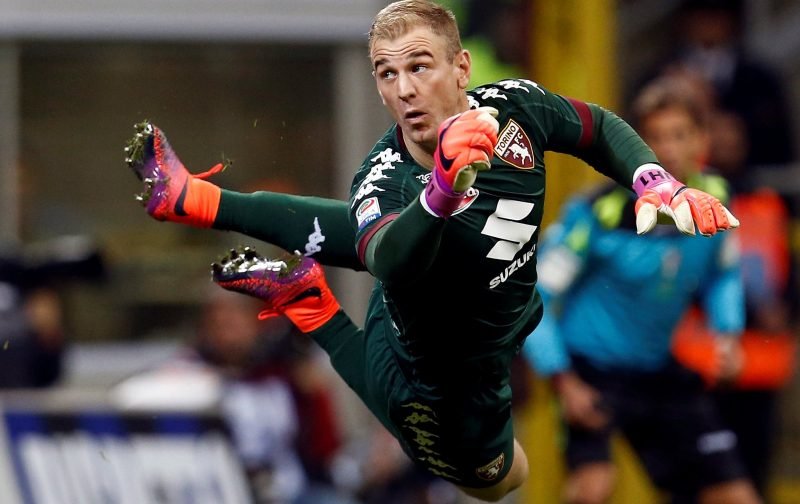 Serie A outfit Torino are looking to secure the loan signing of Manchester City goalkeeper Joe Hart for another season, according to Sky Sports.

The England number one has spent the season at the Italian club after falling down the pecking order under new City boss Pep Guardiola at the Etihad Stadium, making just one appearance for the Citizens before moving to Turin at the end of the summer transfer window.

He has since started 29 of Torino’s 31 Serie A matches, and although there have been some bright moments for the 29-year-old, he has still conceded 48 goals in that time, keeping just five clean sheets along the way.

Hart’s recent form hasn’t been overly great either, conceding 19 goals in his last eight starts for Torino, yet the Italian outfit have reportedly requested another one-year loan deal for the England international.

Manager Sinisa Mihajlovic has clearly been impressed with the shot-stopper during his time in Italy, although he could be dealt a blow given that City may look to secure a permanent deal for the 29-year-old this summer.

Premier League outfits Chelsea, Everton, and West Ham are all reportedly keeping tabs on Hart’s situation, and with it highly unlikely that he’ll return to City despite their goalkeeping issues, his future is very much up in the air going into the summer.