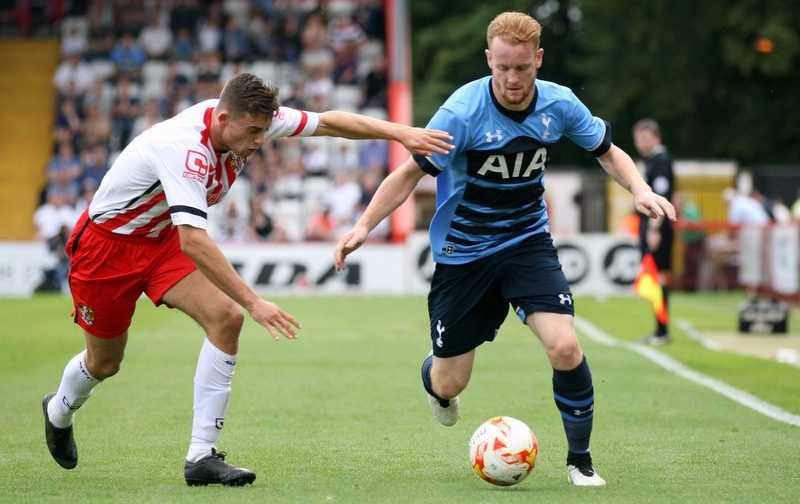 Tottenham have agreed to loan out defender Connor Ogilvie to Stevenage for the remainder of the season.

The Premier League side, who dropped down to third spot after drawing 2-2 away at Manchester City on Saturday evening, loaned the left-back to the League Two outfit last season, where he made 24 appearances.

The 20-year-old, who has come through Spurs’ youth ranks, is a former England Under-17 international.

Ogilvie, who links up with fellow Tottenham development squad player Ryan Loft at the Lamex Stadium, has scored one goal in nine Premier League 2 appearances this campaign.

He originally joined Stevenage on an initial one-month loan deal back in August 2015, making his senior debut in a 2-0 victory over Hartlepool United later that month.

The defender netted his first goal against Plymouth Argyle the following month in a 2-1 win, before his loan was extended until January following his impressive performances for Stevenage.

Darren Sarll’s side next face Grimsby Town in League Two on Saturday.