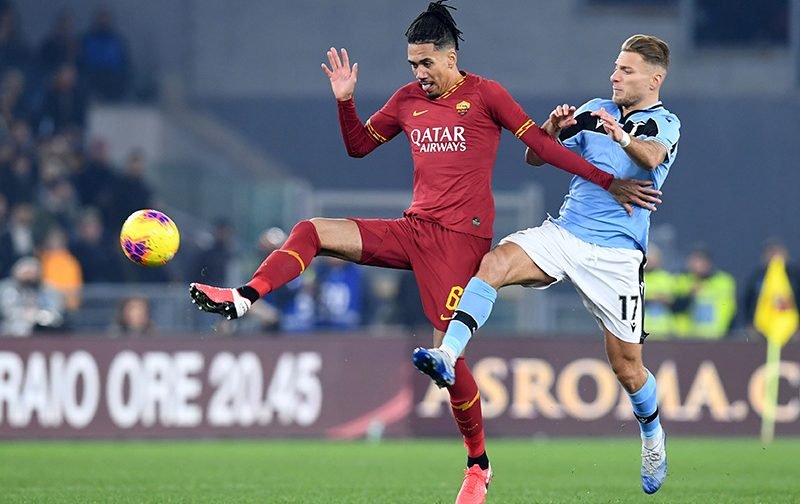 Tottenham Hotspur and Everton are in a race to sign Manchester United’s Chris Smalling, according to reports.

The 30-year-old is currently on a season-long loan with Serie A side AS Roma, where he has played 24 times in all competitions.

Reports in Corriere Dello Sport (via The Sun) claim that the Italian side will try to land the 31-time England international on a permanent deal at the end of the campaign.

However, it’s thought that both Spurs and Everton are also keen on signing the experienced centre-back.

Smalling in action for Manchester United.

Elsewhere, Juventus are also said to be keeping an eye on the situation with a view to possibly making a swoop.

Despite having an impressive season it seems that Smalling doesn’t have a future at Old Trafford, with Ole Gunnar Solskjaer preparing to let him depart.

It’s claimed that the Red Devils would let the former Fulham player, whose contract expires in 2022, move on for a fee of around £16.5million.

Smalling joined United in the summer of 2010 and has played 323 matches for the club, winning five major trophies.