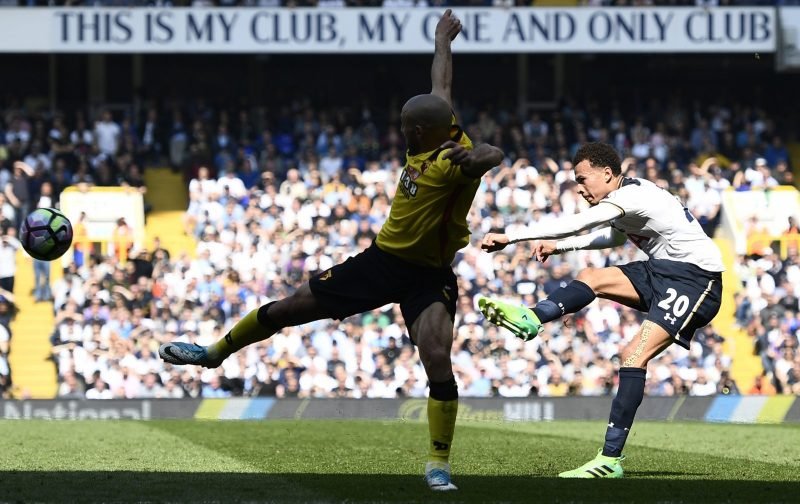 Mauricio Pochettino’s side knew that victory over the Hornets would reduce the gap at the top to just four points, and goals from Dele Alli and Eric Dier, and two from Son Heung-min, secured a comprehensive three points for the North London side.

It means that Antonio Conte’s Chelsea go into their clash with Bournemouth this evening (5.30pm kick-off) in need of a response to maintain their healthy gap at the top of the division.

Spurs were frustrated for large periods of the first half by Walter Mazzarri’s side this afternoon, with Vincent Janssen guilty of missing a few chances, yet they were set on their way by a moment of brilliance from the in-form Alli.

The England star received the ball from Son just outside the box, jinxed it onto his right foot, and let fly with a stunning strike out of reach of former Spurs goalkeeper Heurelho Gomes in the Watford goal.

It was a moment of pure class from the 20-year-old, and several Tottenham supporters on Twitter showed their appreciation and overwhelming delight at Alli’s 16th Premier League goal of the campaign…

@SpursOfficial What a beauty! Nice one Dele!