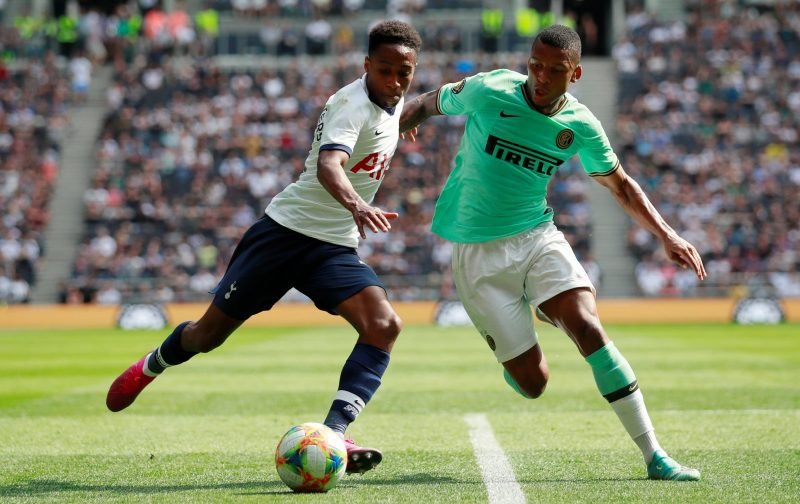 Tottenham Hotspur defender Kyle Walker-Peters is a deadline day target for Crystal Palace and Southampton, according to reports.

The 22-year-old made his Spurs debut in August 2017 but has since made just 18 additional appearances in all competitions.

And the Mail Online reports that both Palace and Saints want to give the full-back more game time in the Premier League.

The Eagles are looking for a new right-back to fill the void left following Aaron Wan-Bissaka’s departure to Manchester United.

Meanwhile, it’s claimed Southampton want to bring in someone to provide competition for Frenchman Yan Valery.

However, with Kieran Trippier having departed, Juan Foyth injured and Serge Aurier not yet up to speed following the Africa Cup of Nations, Spurs would be short in that position if they were to let their academy product depart.

Walker-Peters joined Tottenham in 2013 and is also an England Under-21 international having won nine caps at that level.