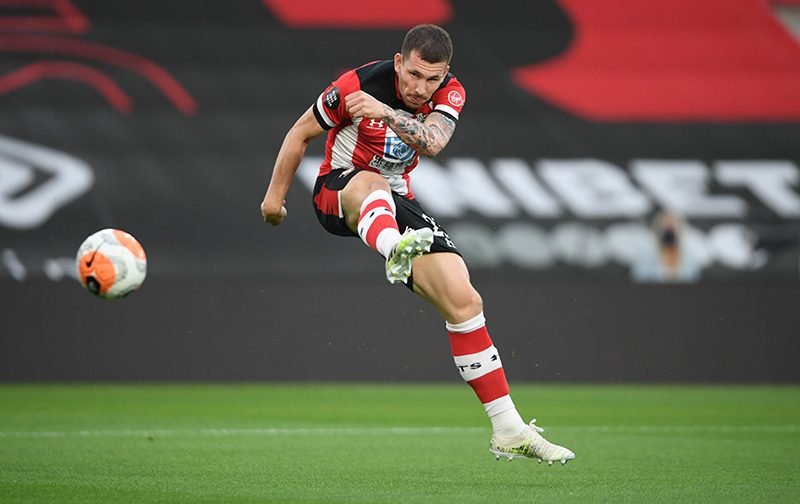 Tottenham Hotspur are closing in on a deal to sign Pierre-Emile Hojbjerg from Southampton, according to reports.

The Evening Standard claim that the midfielder is set for a medical with the North London outfit on Monday after a deal of £15million was struck between the two clubs.

Additionally, going the other way, it’s reported that the Saints will sign Kyle Walker-Peters in a deal for around £12million after he impressed in a loan spell at St Mary’s.

Hojbjerg, who was also interesting Everton, chose to move to Spurs who sealed Europa League football for next season with a sixth placed finish in the Premier League.Hojbjerg, 25, joined Southampton from Bayern Munich, where he won the Champions League and two Bundesliga titles, back in 2016.

Saints boss Ralph Hasenhuttl appointed and then stripped the Denmark international of the captaincy after he expressed a desire to leave the club he has made 134 appearances for.

If the deal does get finalised, Hojbjerg will be competing with the likes of Harry Winks, Giovani Lo Celso, Moussa Sissoko, Gedson Fernandes and Tanguy Ndombele for a place in Jose Mourinho’s midfield.