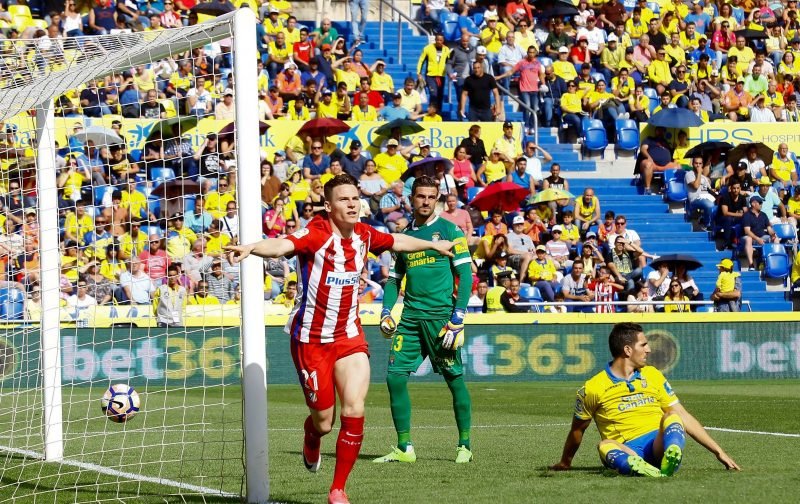 Premier League outfit Tottenham are closing in on a summer move for Atletico Madrid star Kevin Gameiro, according to Spanish media outlet Don Balon (via The Daily Star).

The 30-year-old forward only moved to the Vicente Calderon last summer after impressing at Sevilla, and managed 12 goals in just 31 La Liga matches for Diego Simeone’s side this term as they recorded a third place finish in the Spanish top-flight.

However, only 21 of those appearances were starts, and with more substitute appearances than starts in the Champions League as well, it’s clear that manager Simeone isn’t overly sold on his capabilities up front.

And it appears that his time in the Spanish capital is coming to an end as Mauricio Pochettino’s Spurs are reportedly on the verge of securing a deal for the France international.

It has been reported that the North London club, who finished second in the Premier League this term, are set to seal a £26 million move for Gameiro, and indeed bolster their attacking options ahead of another title challenge and Champions League campaign next time round.

Star striker Harry Kane netted 29 times in the league this season to secure the Golden Boot award, but back-up forward Vincent Janssen struggled to adapt to English football following a summer move from AZ back in 2016.

And that is why a move for Gameiro, vastly experienced at both domestic and European level, makes sense as Spurs look to go one better in the 2017/18 campaign.