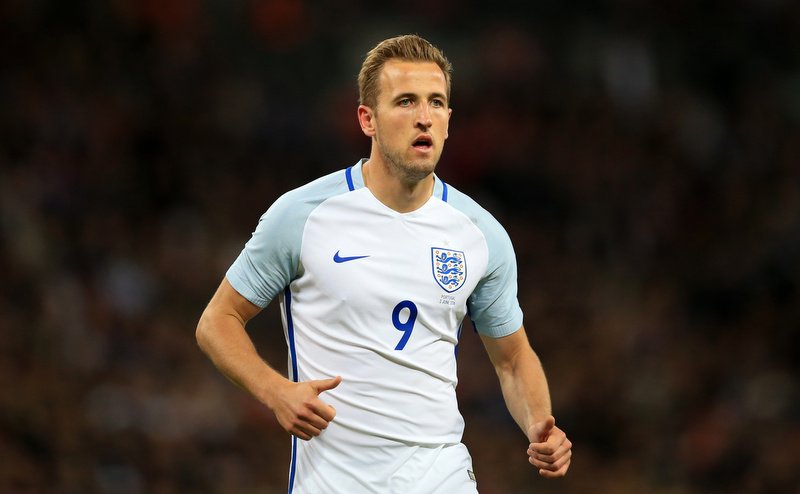 Tottenham striker Harry Kane looks set to be the next England captain under Gareth Southgate, according to The Mirror.

The 23-year-old has yet to be called up by the former Middlesbrough boss since he replaced Roy Hodgson in the summer, with injury once again ruling the Spurs man out of this week’s upcoming clashes against Germany and Lithuania.

Nonetheless, with doubts surrounding the international future of current captain Wayne Rooney, manager Southgate is already looking beyond the Manchester United’s tenure as skipper, and Kane appears to be one of his preferred candidates.

‘He’s a very determined, single-minded individual, completely dedicated to improving and he’s having another outstanding season.

‘It looks good for him. And for Tottenham and England. He’s vocal and Harry’s got an opinion, yeah. He’s always happy to speak up in front of the group.’

As the England boss acknowledged, Kane is once again embarking on another terrific season for Tottenham, having netted 19 goals in just 22 Premier League matches this term to sit one behind Everton’s Romelu Lukaku at the top of goal-scoring charts.

With nine goals in seven games, the striker was in outstanding form prior to suffering an ankle ligament injury against Millwall in the FA Cup last weekend, and it’s an injury that looks set to keep him out of the side for the next few weeks at least.

It means that he missed out on selection for England’s upcoming friendly against Germany on Wednesday, as well as their 2018 World Cup qualifier against Lithuania a week today.

Who takes over the armband in Rooney’s absence, with the current skipper also not included due to injury, this week remains to be seen, but it’s clear that Kane is a frontrunner for the job as Southgate begins to stamp his authority on the England team.