Tottenham to learn Harry Kane diagnosis within the next 24 hours 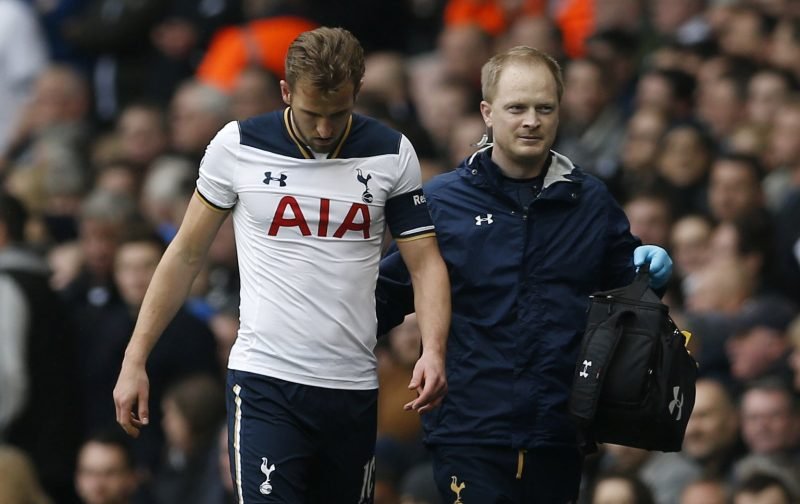 Tottenham Hotspur reportedly expect to find out the extent of striker Harry Kane’s latest injury within the next 24 hours, according to BBC Sport (13:54).

The Premier League side, who currently sit second in the top-flight standings, 10 points adrift of London rivals Chelsea, fear the forward could be sidelined for around seven weeks again after seemingly suffering a similar injury to the one earlier on in the 2016-17 season.

The 23-year-old, who has 17 international caps for England, lasted just seven minutes during Saturday’s 6-0 FA Cup win over Millwall after damaging his ankle when defender Jake Cooper blocked his effort on goal.

Kane, who has netted 24 goals in all competitions this season for Spurs, left White Hart Lane on crutches, with his right foot in a protective boot.

Tottenham manager Mauricio Pochettino is expected to find out whether his star striker will play again this campaign later today, though he is destined to be excluded from England manager Gareth Southgate’s squad for the friendly against Germany and the World Cup qualifier against Lithuania later this month due to injury.