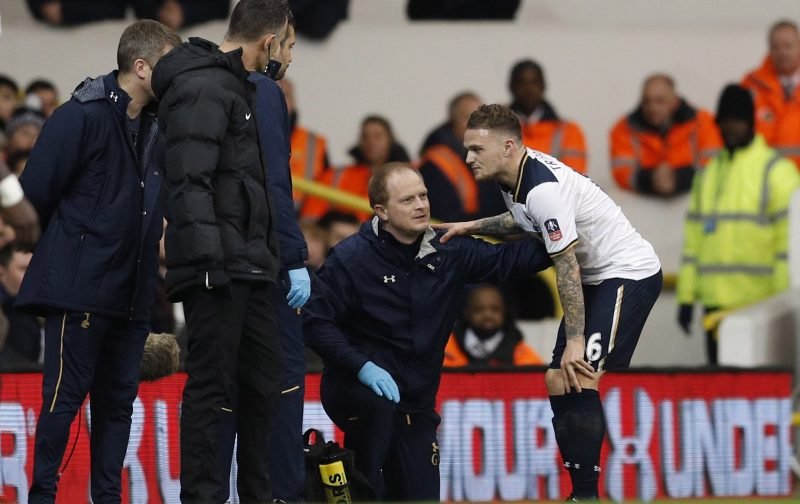 Kieran Trippier hobbled off as Tottenham fought back from 3-2 down to beat Wycome Wanderers 4-3 in the FA Cup.

Speaking to Tottenham.com, Pochettino said: “Kieran got a knock to his hip and we will assess him tomorrow. We hope it’s not a big issue.”

The Argentine’s side scraped past Wycombe in a dramatic finish which saw the Premier League giants 3-2 down with a minute plus stoppage time remaining.

Dele Alli equalised before Heung-Min Son scored the winner with seconds remaining on the clock.

It was an important win for Spurs who have Europa League on the horizon. A replay away at Wycombe would have added another tricky game on to their already heavy schedule.

Tottenham can now look forward to Tuesday’s Premier League tie away to struggling Sunderland. A win could see the North Londoners move back into second place.