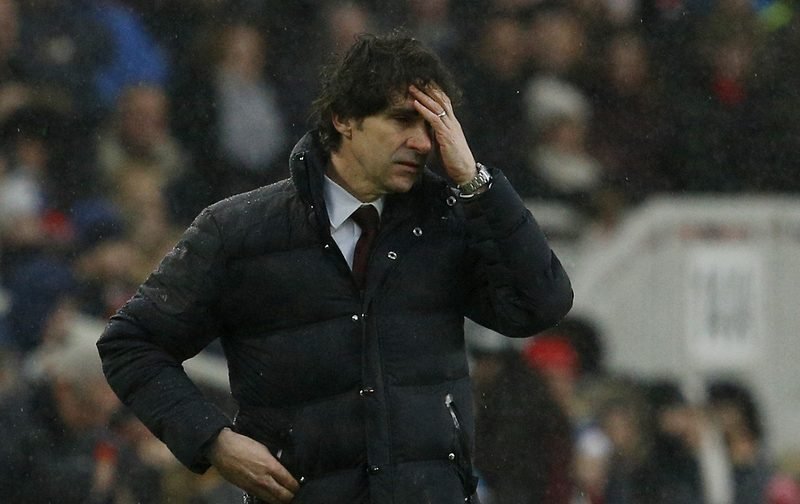 The 43-year-old, who arrived at the Riverside Stadium back in November 2013, succeeding Tony Mowbray at the helm, becomes the sixth managerial casualty in the Premier League this season – behind Francesco Guidolin, Bob Bradley, Mike Phelan, Alan Pardew and Claudio Ranieri.

The former Real Madrid assistant manager helped Boro gain promotion back to the Premier League after finishing as runners-up in the 2015-16 Championship campaign, although the club currently sit three points adrift of safety, with just 11 fixtures remaining.

So, following the Spaniard’s sacking, here is how Middlesbrough fans reacted on Twitter.

After guiding them back into the top-flight, some fans were understandably upset…

@Boro it’s the end of an era

@Boro so in other words the club has just confirmed relegation? Cause who else we gonna get in

@Boro wow!!! What’s this trend of clubs getting rid of good managers over a bit of poor form , he got us we’re we are now ! Such poor scenes

@Boro absolutely gutted about this, knew it was coming and see why it’s happened but will never forget Aitor and what’s he’s done for @Boro

@Boro @RyanJCooper8 Disappointing. They just might as well, announce their relegation

Whereas, given the club’s rotten form in the top-flight, some Boro faithful admitted it was the right call…

@Boro @premierleague that’s what buying Guzan, Gestede and Adama does to you, sorry Aitor