United close in on Arsenal target 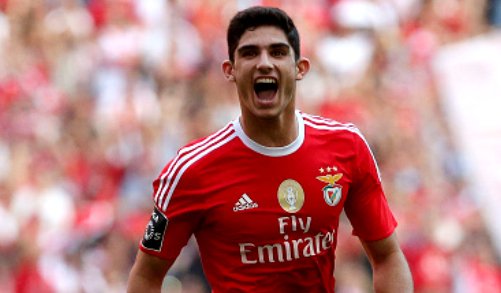 Manchester United are nearing a deal to sign Benfica star Goncalo Guedes, according to the Metro.

Guedes has been turning heads in the last few weeks with suggestions that Arsenal are ready to step up their interest. However it now appears United boss Jose Mourinho is on the verge of beating his old adversary Arsene Wenger once more.

It is understood the agent of the Portuguese international Jorge Mendes met Benfica president Luis Filipe Vieira in London to discuss his client’s future.

Jose Mourinho is desperate for reinforcements after both Morgan Schneiderlin and Memphis Depay departed Old Trafford this month. Benfica had hoped Depay would be included in a swap deal, but this was ruled out after the Dutchman joined Lyon for £15m earlier this week.