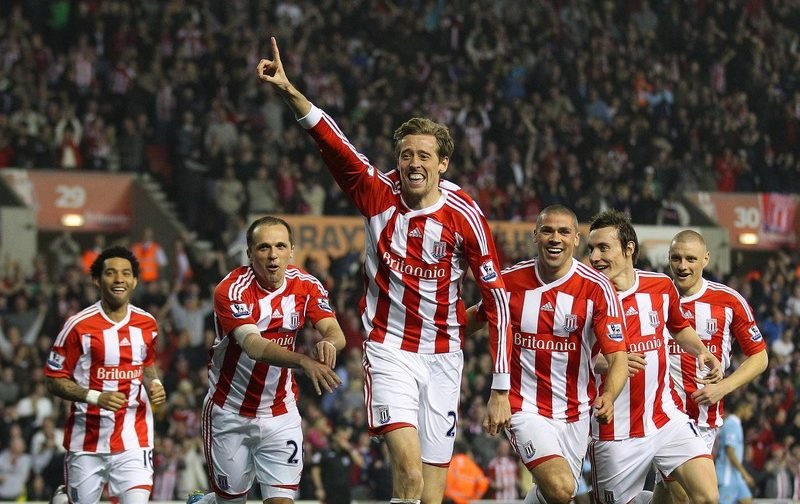 Shoot! would like to wish former England international Peter Crouch many happy returns as the Stoke City striker celebrates his 36th birthday today!

The 6ft 7in hitman has scored six goals and provided three assists in 17 appearances in all competitions for The Potters so far this season, helping him move onto 99 goals in the Premier League overall.

However, one of Crouch’s most memorable moments in the English top-flight came at the bet365 Stadium on March 24, 2012.

In the 59th minute, the striker unleashed an unstoppable shot that looped over Manchester City goalkeeper Joe Hart, earning Stoke a 1-1 home draw.

Watch the video above to relive Crouch’s finest Premier League strike, so far!