Villa boss ready to face the critics after another demoralising defeat 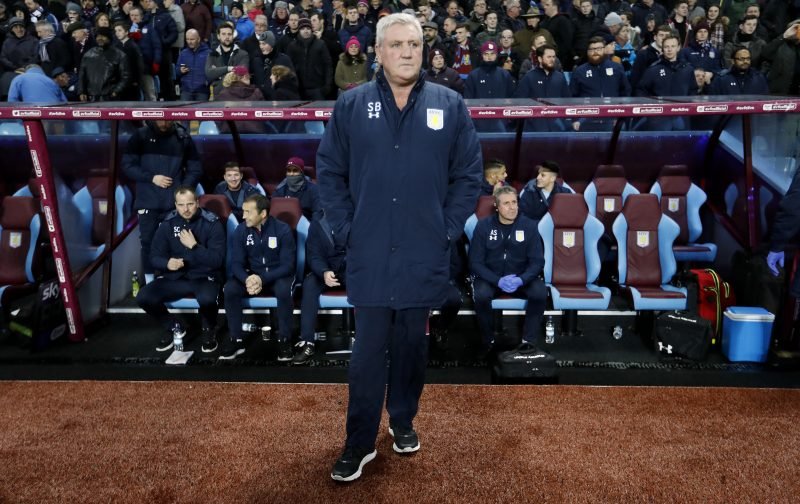 Steve Bruce says he’s prepared to face the flak in the wake of Aston Villa’s defeat at home to Ipswich Town, reports Sky Sports, a result which left the Midland outfit just seven points off the drop zone.

Emyr Huws late winner consigned Villa to their seventh game on the spin without a win and left Bruce reeling from his decision to hand home debuts to four players, a move the former Hull City boss admitted backfired badly:

“The new lads came in and it was probably the wrong time in terms of results but we have got to stay with it. It’s tough at the minute and hopefully we have fallen as far as we can because the next few games are going to be important.

“It is time to batten down the hatches and face the flak. But we need to take some of the chances we are creating.

“Five or six players in a different system might be too much, and I will look at it. Perhaps it is too quick to change. With the players I’ve got, I thought we would be suited to the change, but we found it difficult against Ipswich.”

It’s not conceding goals that’s been the problem for Bruce as his side have managed just two goals in their dismal seven game win-less run and Bruce knows for a side that was playing Premier League football last season, that sort of form won’t be acceptable to many fans.

Villa have only let in 33 goals – the same as third-placed Huddersfield Town, but they’ve only scored 29 times, the third lowest in the Championship behind the bottom two sides and Bruce knows if he’s to have any chance of turning things around at Villa Park he needs to find a way of getting goals, before his team’s dragged into a relegation fight that could cost him more than just criticism.