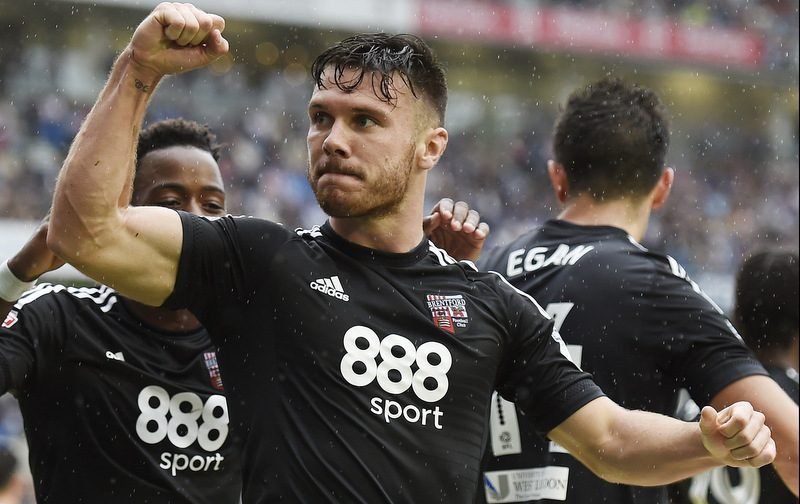 According to a report in The Daily Mail Villa are poised to move for the Brentford striker who has been the subject of three bids from West Ham.

Brentford have left Hogan out of their side over the last couple of weeks and are resigned to losing the 14 goal striker.

Complicating the deal is a 30% sell on clause that Rochdale inserted in the £750,000 deal that took the striker to London in July 2014, it has also been reported that Hogan is due 5% of any fee.

Bruce has turned to Hogan after being frustrated in his attempts to get Jordan Rhodes from Middlesbrough who have insisted on receiving a £12m fee for the Championship specialist.

At 24-years-old Hogan has his best years ahead of him and has already shown that he can get the goals and is ready to step straight into the Villa team.