Walcott and Welbeck take the plaudits as Gunners thrash Southampton 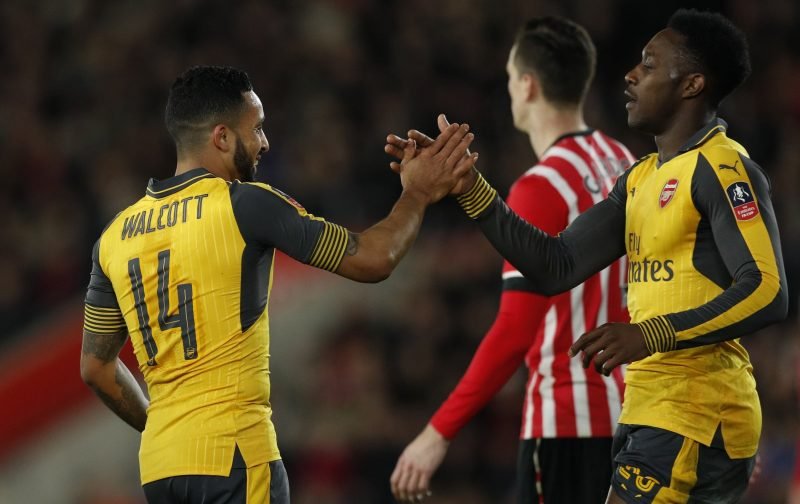 Theo Walcott scored a hat-trick in a 5-0 win against his old side as Arsenal ran riot against Southampton in the FA Cup.

In a game that saw both teams make a host of changes, Arsenal’s squad depth shined through.

Danny Welbeck started for the first time in nine months since returning from injury and was on hand to net Arsenal’s first two goals. Former Saints man Theo Walcott then fired a hat-trick past Southampton youngster Harry Lewis.

Both Claude Puel and Arsene Wenger’s team selection showed that the FA Cup is not a priority. Wenger handed out starts to fringe players Ainsley Maitland-Niles and Jeff Reine-Adelaide – both impressed for the Gunners.

Arsenal now march on to the 5th round. The North Londoners have a home Premier League tie against Watford on Tuesday night before a crunch match with Chelsea – The game at the Bridge could make or break Arsenal’s title hopes.