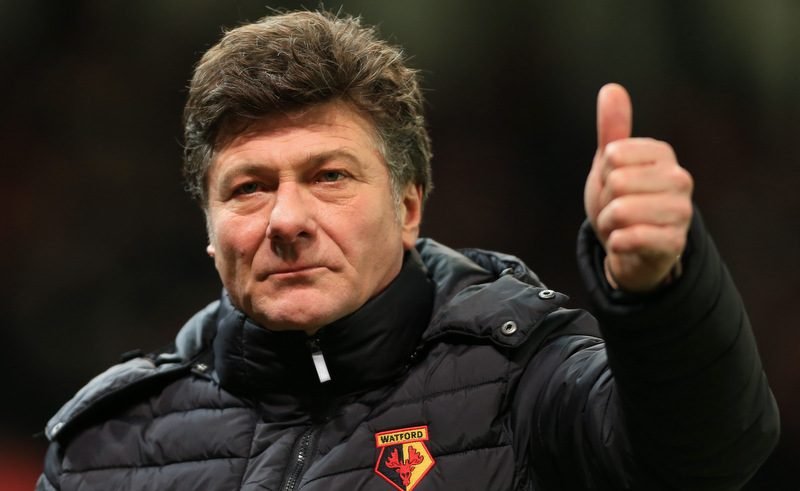 Watford’s Brandon Mason admits he thought the club’s decision to part company with Quique Sanchez Flores last summer was not “a good thing”, but has been proved wrong by the appointment of Walter Mazzarri.

Despite leading the Premier League side to 13th in the table, as well as an FA Cup semi-final appearance at Wembley Stadium last season, The Hornets confirmed that Spaniard Flores would be leaving Vicarage Road after less than 12 months in charge back in May 2016.

Just over a week later, ahead of the 2016-17 campaign, Watford turned to former Inter Milan and Napoli coach Mazzarri, handing the Italian a three-year deal as Head Coach.

And having made his first-team debut for The Hornets against Tottenham Hotspur back on New Year’s Day, 19-year-old full-back Mason has been thoroughly impressed with Mazzarri’s impact at Vicarage Road this term.

“I think the manager has been amazing to be honest,” he exclusively told Shoot!

“Obviously the change of manager was so quick from last season, I didn’t think it would be a good thing.

“But for me personally, it has been amazing, because he has given me an opportunity to do well.”

@premierleague debut today! want to say I massive thanks to the club, all friends and family who have helped me along the way.#watfordfc pic.twitter.com/0Z6P6x4y9F

Mason, who has made three first-team appearances for Watford this season, added, “Starting from pre-season, I was working hard and he saw that, he took me away to Austria and gave me a game out there.

“I did quite well and he kept me in the set-up really, so he gave me that helping hand and the chance to really push on.

“You don’t really see that with young players in this day and age, especially in the Premier League. And the fact that he isn’t English as well shows a lot about him.”