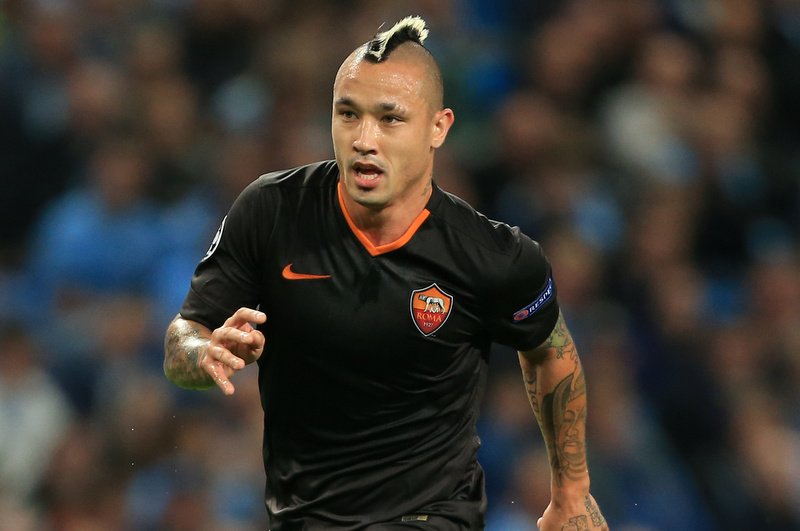 Radja Nainggolan seemed to really enjoy playing against Lazio at the weekend!

So much so, he humiliated two opponents with some tantalising trickery after the AS Roma midfielder netted against their Derby della Capitale rivals.

The 28-year-old, who has 24 international caps for Belgium and starred for his country at this summer’s European Championships in France, has now scored three goals and provided one assist in 21 appearances in all competitions for the Serie A outfit.

Nainggolan; who has been linked with a move to Premier League side Chelsea during the forthcoming January transfer window, was subject of interest from The Blues during the summer, although no move eventually materialised.

By watching the video above, you can witness Nainggolan leave Lazio’s Senad Lulic and Ciro Immobile for dead near the touchline after the midfielder won the ball back on the edge of Roma’s penalty area.