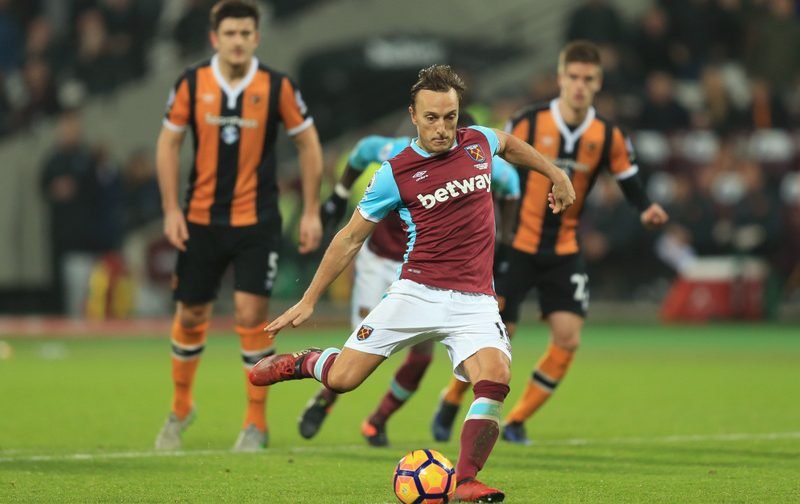 Things are looking a little chirpier at the London Stadium after back-to-back Premier League victories for West Ham United, helping the Hammers move five points clear of the bottom three heading into Christmas.

Captain Mark Noble netted the match winner on Saturday from the penalty spot to sink newly promoted Hull City 1-0 at the Olympic Stadium, lifting Slaven Bilic’s men up to 13th in the league standings after a disappointing start to their 2016-17 season.

However; successive wins have lifted West Ham spirits ahead of the festive period, before celebrity fan James Corden took over interviewing duties on the club’s Instagram account to give out more Christmas cheer.

The Late Late Show host, 38, spoke to match winner and club captain Noble after the game, asking whether him and his team-mates had hilariously paid the woodwork to deny the unfortunate Hull three times, before joking how West Ham would be a Championship side with a team of Mark Nobles.

But, 29-year-old Noble, got his own back after he got the cameraman to zoom in on Corden’s dodgy looking trainers!