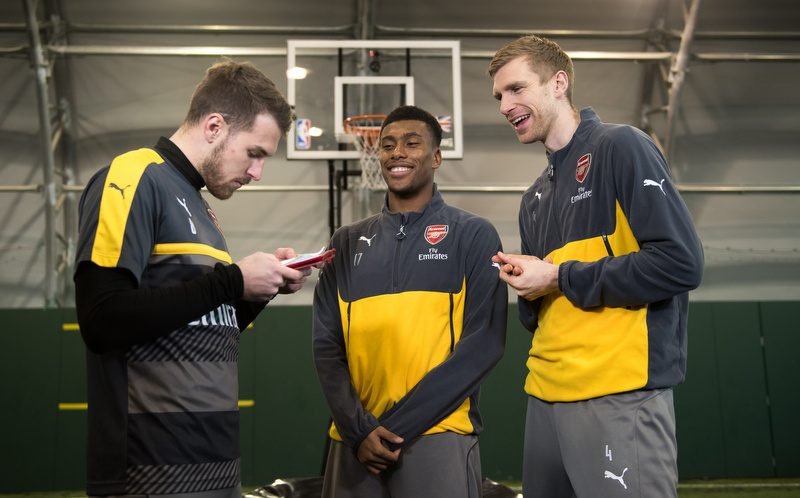 In the video, Gunners midfielder Ramsey tests his team-mates on their NBA knowledge with a series of trivia questions.