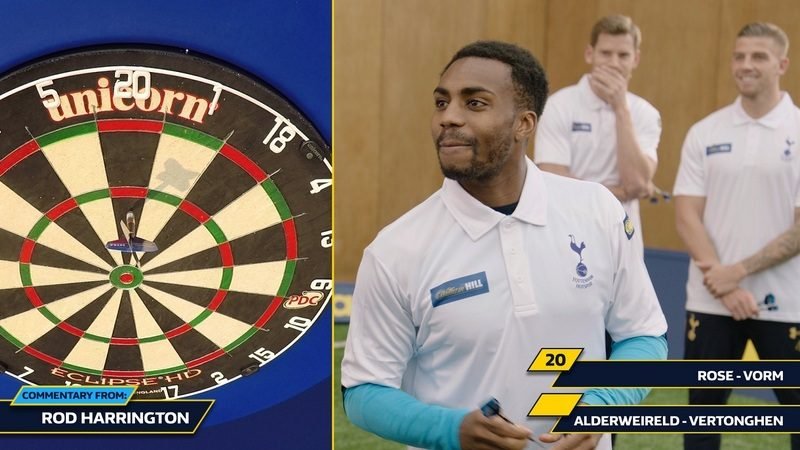 Rose and Vertonghen are regular visitors to the Alexandra Palace – and are expected to make an appearance at this year’s William Hill World Darts Championship.

William Hill is the Official European and Australian Betting Partner of Tottenham Hotspur.