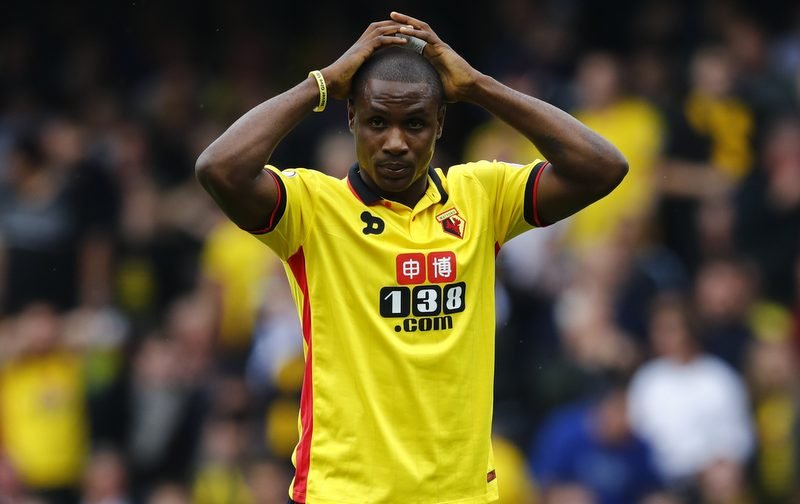 Watford have reportedly agreed to sell striker Odion Ighalo to Changchun Yatai for £20m, according to The Sun.

The Premier League side, who currently sit 14th in the English top-flight table having not won a league fixture since December 10, 2016, have been linked with offloading the forward to the Chinese Super League outfit on deadline day.

The 27-year-old, who has 12 international caps for Nigeria, has scored just two goals and provided one assist in 20 appearances in all competitions for the Hornets so far this season.

Ighalo, who originally arrived on loan at Vicarage Road from Serie A outfit Udinese back in July 2014, has netted 40 times in 100 appearances for Watford overall.

The report suggests that three other [unnamed] Premier League clubs were also interested in the Nigerian’s services, but Ighalo looks destined for China after being left out of manager Walter Mazzarri’s squad to face Millwall in the FA Cup at the weekend.