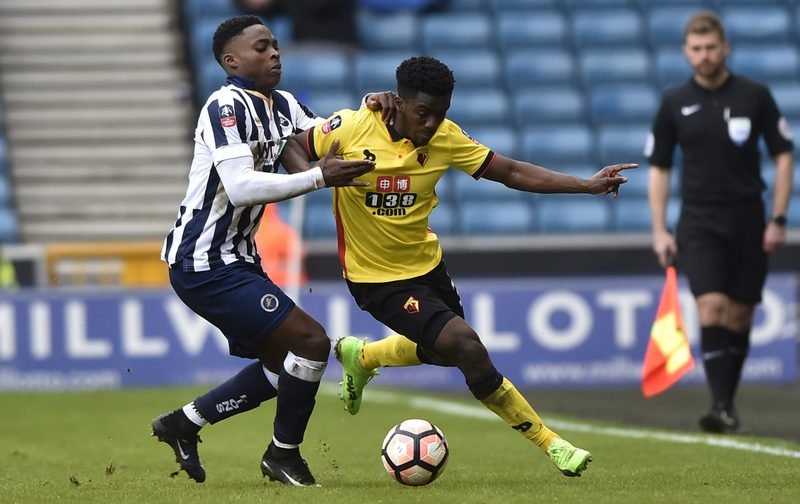 Defender Brandon Mason has hinted that he will sign a new long-term contract at Watford this summer following a breakthrough season.

The 19-year-old, who has been with the Premier League club since 2012, made his first-team debut against Tottenham Hotspur on New Year’s Day, replacing Jose Holebas during the hosts’ 4-1 defeat in the top-flight.

But having also featured twice for The Hornets’ first-team in the FA Cup later that month, the highly-rated left-back is set to extend his stay at Vicarage Road come the end of the 2016-17 season, after putting pen to paper on a one-year professional deal last summer.

When asked whether a new contract was in the pipeline, Mason exclusively told Shoot!, “I would like to think so, because I am more than happy at Watford.

“I would like to stay on and push forward and get more chances in the team really.”

The full-back became the 58th academy graduate to play for Watford’s first-team, following his substitute appearance against Spurs, and has also been placed on the bench for three further Premier League fixtures by manager Walter Mazzarri.

Mason admitted that he could be playing more games elsewhere, potentially on loan at an EFL club, but is solely determined on making the grade at Vicarage Road.

“If I were at a lower club, there would be more first-team opportunities in terms of playing games,” he added.

“But it is a chance you take at a Prem [Premier League] team really.

“The standard is high everyday, non-stop. Everything in training has to be perfect. Obviously you [can] make the odd mistake, but you can’t really make a lot of mistakes as you won’t get many chances.

“You need to take that chance every single day in training when you get it.”