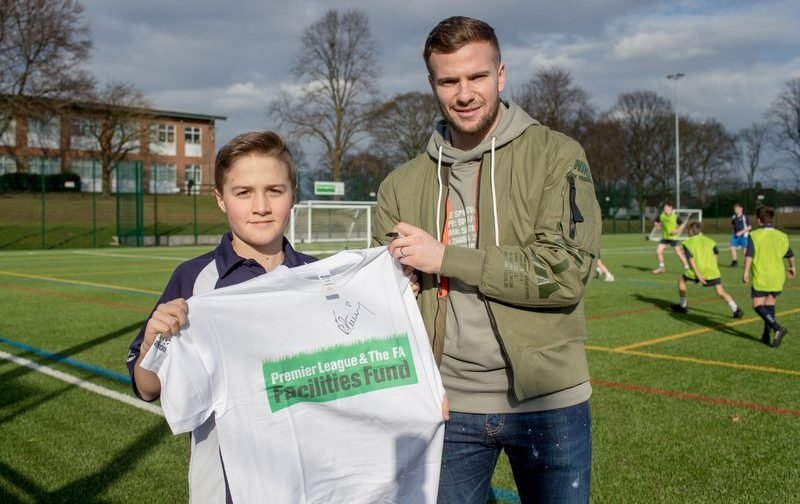 Having made over 200 Premier League appearances since his debut in 2011, Tom Cleverley is no stranger to the top level of English football.

Recently, the Watford star took some time to give back to the grassroots of the game as he opened a brand new all-weather pitch at The Hemel Hempstead School in Hertfordshire, joined by Watford Ladies FC forward Charlotte Kerr.

The new playing surface is set to transform opportunities for the local community to get involved in sport.

England international Cleverley was delighted at his club’s involvement, “We as a club are committed to improving and developing opportunities for people through football, and grassroots sport is at the core of this. 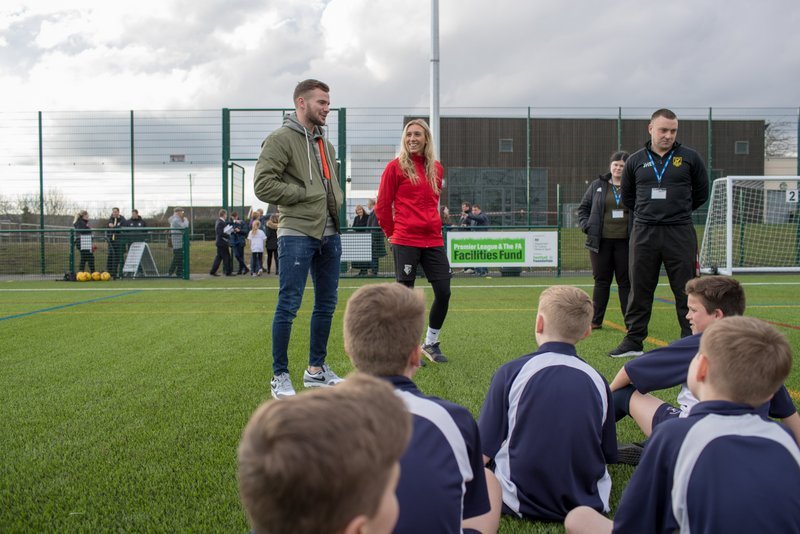 “I’m sure that the Trust’s involvement here will make a big difference and I look forward to seeing both the school’s pupils and its local community benefiting from this.”

Overall, 80 grassroots football teams will play regularly at the new site. Many of these teams will be female, and it is expected that local female football participation will rise by 353 per cent.

Kerr, who has been with Watford Ladies since she was 14-years-old, was excited by the prospect of more than three times the number of women and girls lacing up their boots, “I wish I had had access to a facility like this whilst I was at school! 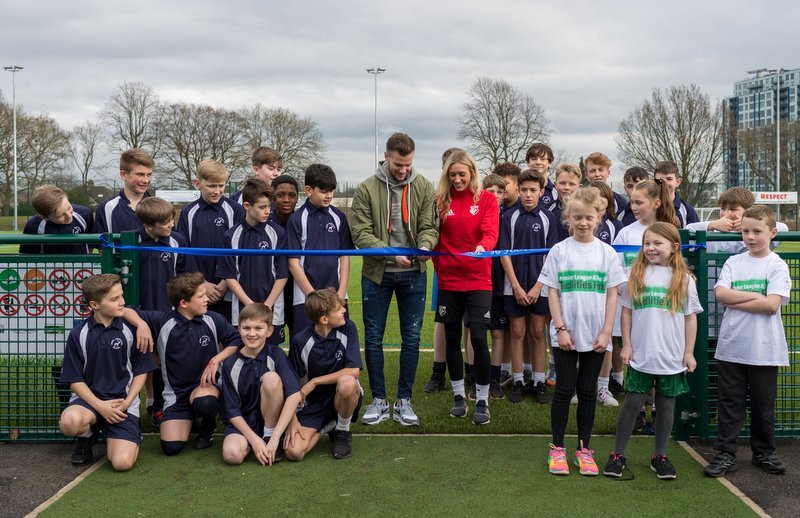 “I’m so pleased to hear that the new pitch will boost girls’ participation because getting more girls involved in football from a young age can have such a positive effect on their lives – I know it has for me.”

The new community facility was funded by a £461,877 grant from the Premier League & The FA Facilities Fund, which is delivered by the Football Foundation.

The Fund’s grassroots investment comes from the Premier League, The FA and the Government, via Sport England.