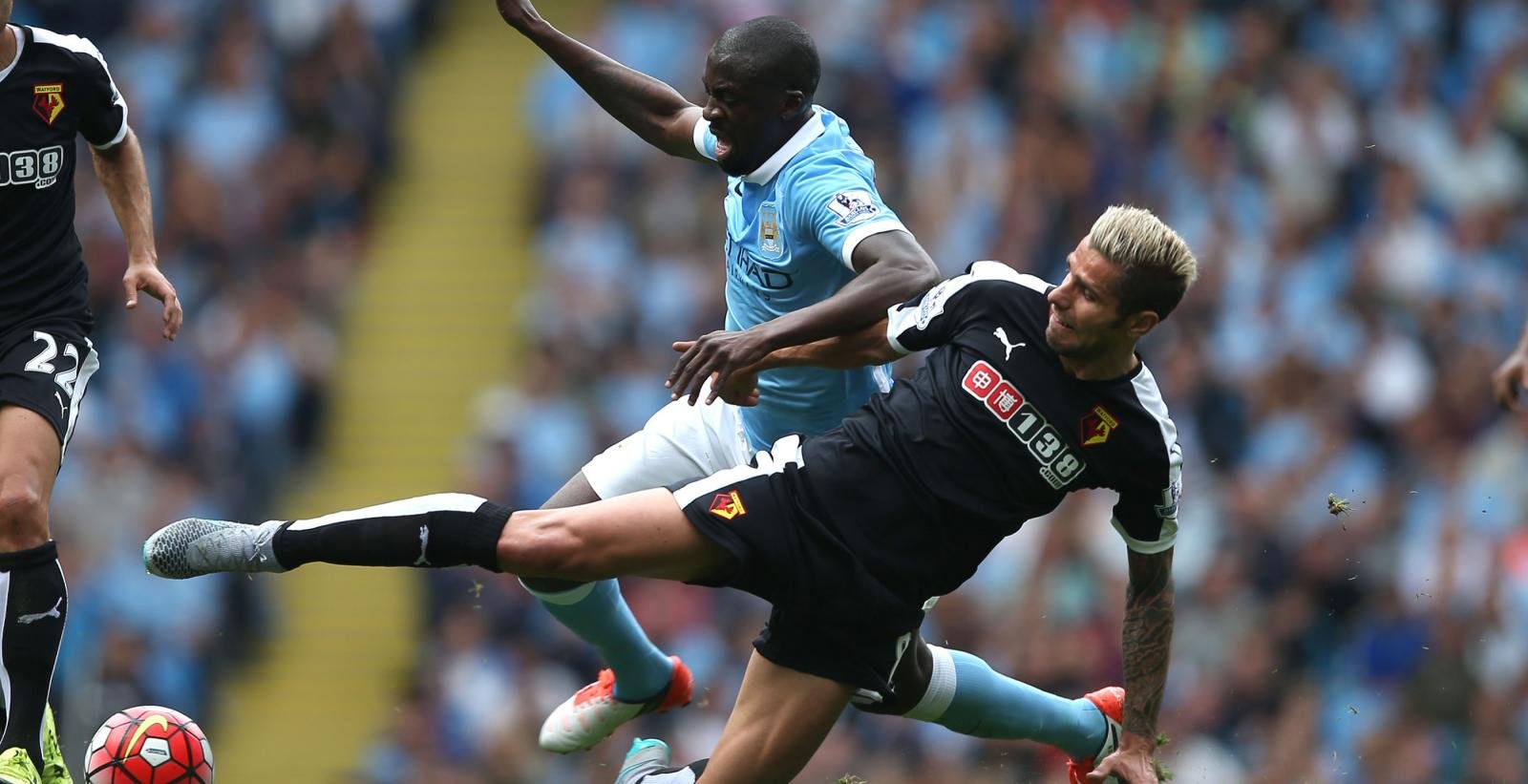 Manuel Pellegrini’s Manchester City travel to Vicarage Road for Saturday’s late kick-off, where they will face a Watford side that lost for the first time in six games last time out.

The Citizens have failed to win two of their last three games and in any of their last six away league matches; their most recent outing resulting in a goalless draw at high-flying Leicester City.

Last season’s runners-up are currently third and three points behind leaders Arsenal, whom they lost 2-1 against at the Emirates Stadium two weeks ago.

The Hornets’ last-gasp 2-1 defeat against Tottenham Hotspur on Monday was their first loss since November 21st, when they were also defeated 2-1 late on at home versus Manchester United.

Against Spurs, Odion Ighalo continue his prosperous campaign for the newly-promoted outfit, netting his 14th goal of the season just before half-time.

Other than Nathan Ake, who will miss Saturday evening’s encounter for the hosts after he received a straight red card against Spurs, Flores has no new injury concerns.

However, midfielder Samir Nasri has been ruled out for between three and four months, while captain Vincent Kompany is expected to return around mid-January following his latest setback.