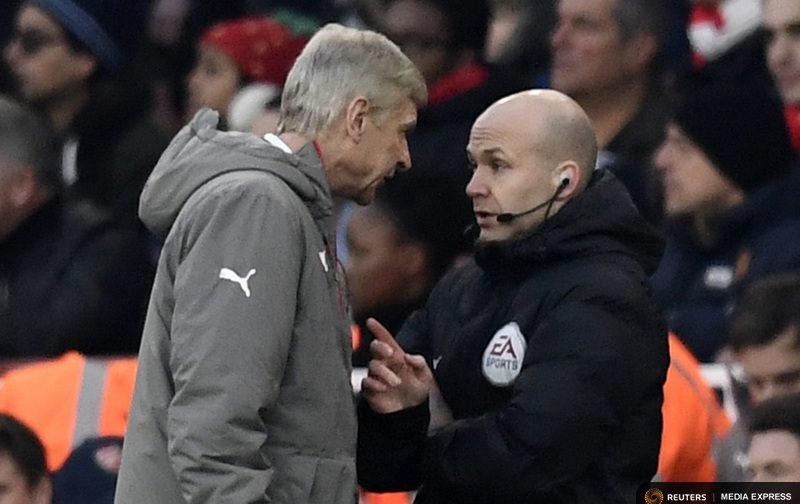 Arsene Wenger says he “should have shut up” after being sent off during Arsenal’s 2-1 win over Burnley.

The Arsenal manager was ordered to leave the dug out following a contentious penalty decision awarded for Burnley in stoppage time by referee Jon Moss.

“I didn’t know if I was sent to the stands but I was sent out,” Wenger said. “I thought I could watch it from a corridor.”

He added: “I regret everything. I should have shut up and gone home basically. And I apologise for that.”

The Gunners boss lost his cool with fourth official Anthony Taylor after Granit Xhaka was shown a straight red for a reckless challenge and the Frenchman was later given his marching orders after Andre Gray converted his penalty to equalise for the Clarets.

Arsenal’s fury at the officials took a u-turn when they were awarded a penalty deep into stoppage time. Replays showed Laurent Koscielny in an offside position before he was fouled by Ben Mee for another penalty.